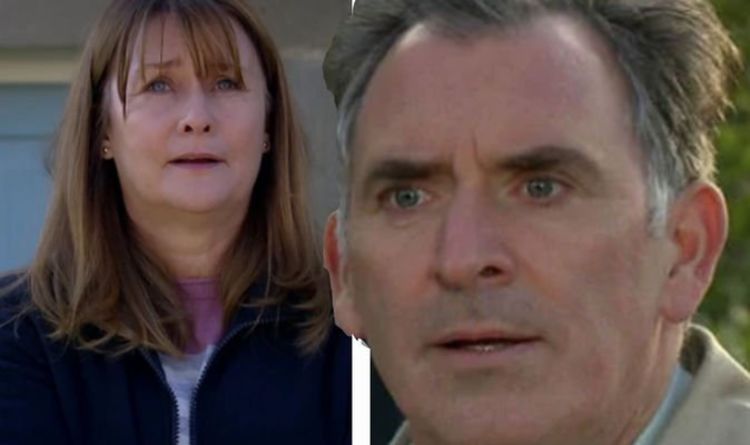 To date, Bob has had five wives over the years, including Jean Hope (Julie Higginson, Susan Penhaligon) and Barbara Hope (Julie Dawn Cole).

These failed marriages were followed by exchanging vows and later divorcing Vonda Flockhart (Lorelei King), Viv Windsor (Deena Payne) who he married twice in 2001 and 2006 and Brenda Walker (Lesley Dunlop) in 2018.

But on Wednesday’s episode of the soap, Bob told Wendy: “You’re a special woman…”

Wendy was thrilled with the attention Bob was giving her, having not made so many friends since entering the village, but could this be the start of something new?