Emmerdale spoilers: Cain Dingle to be jailed as he shoots mystery figure? 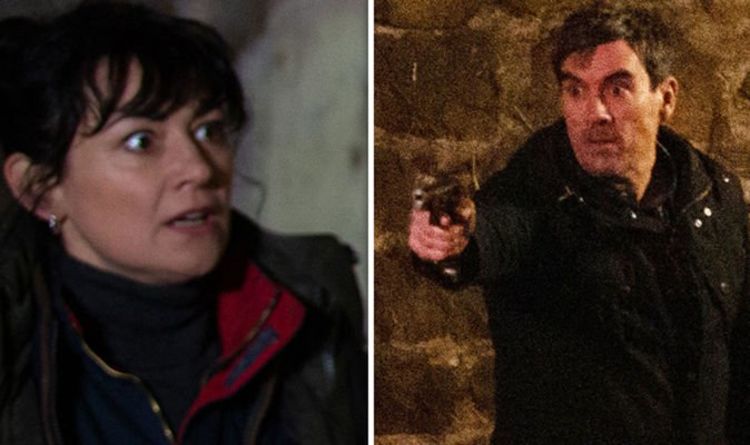 A gang of thieves cornered the pair and were threatening them with physical retribution until Moira arrived on the scene.

Armed with her shotgun, she made it plain she wouldn’t tolerate intimidation of her family or the theft of her property.

Cowed by Moira’s commanding presence – and her shotgun – the thieves left, although there was a feeling that wouldn’t be the last time they would meddle with her livestock.

They weren’t the only ones annoyed with Moira – Matty was angry with his mother, assuming she was drunk and in charge of a loaded shotgun.