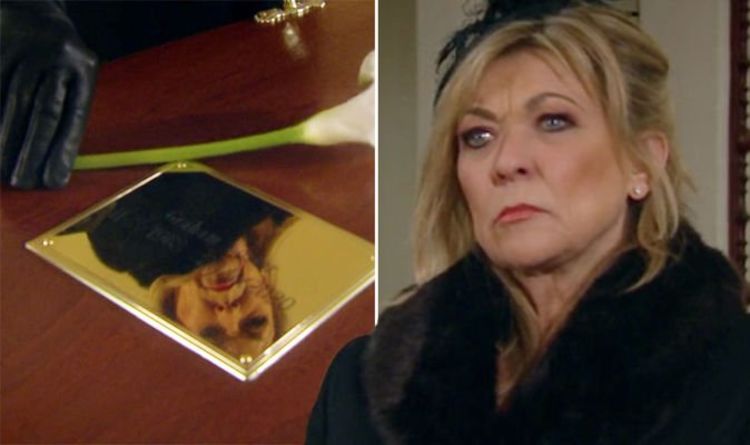 Moments later, Kim was shown in the church on her own with only Graham’s coffin and a vicar for company.

While Kim’s solo funeral efforts were enough to get fans at home talking, some pointed out a major mistake in the storyline.

Quite simply, it would be near-impossible to arrange a funeral so quickly.

That wasn’t the only factor to leave ITV soap viewers scratching their heads as plenty of other fans addressed the fact a murder victim may not be allowed to be cremated if a culprit hasn’t been convicted yet.