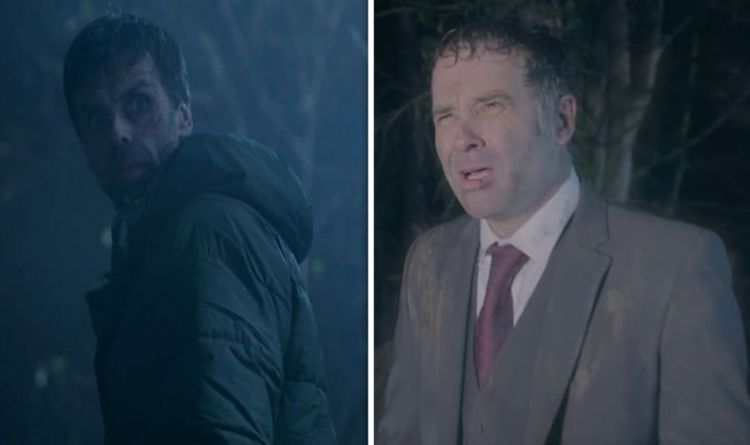 Late last year, Rhona revealed her ex was up for parole as he was due to be released from prison.

He was originally on the soap between 2016 and 2017 as he embarked on a relationship with Rhona after their respective partners cheated on them.

Things took a turn as he became controlling back, and raped her on the pair’s wedding day, before later being sent to prison.

It’s clear Pierce is back to get revenge, and Rhona is sure to be rocked if she comes face to face with her ex, could she be in grave danger?

Emmerdale continues on Monday at 7pm on ITV.

- Advertisement -
- Advertisement -
Facebook
Twitter
Pinterest
WhatsApp
Linkedin
ReddIt
Email
Tumblr
VK
Previous articleCyberpunk 2077 rumour-killer: Xbox One owners can rest easy ahead of release date
Next articleKate Middleton has millions of pounds worth of Diana’s jewellery – does Meghan have any?