Emmerdale spoilers: Village rocked by unexpected death and fans are... 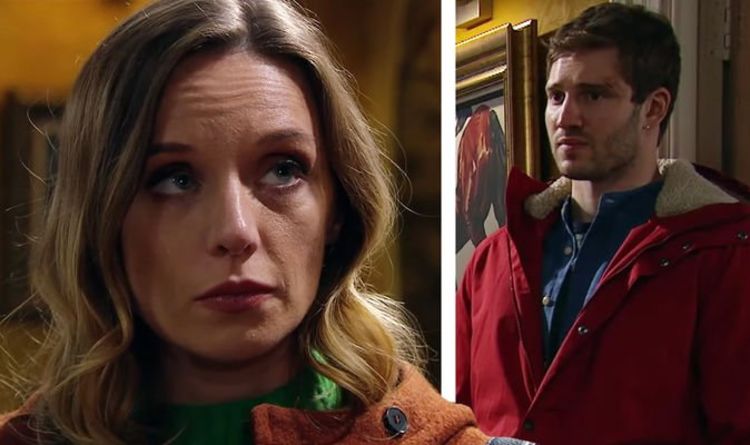 Graham Foster (played by Andrew Scarborough) was brutally murdered in the dead of night last week and if one death wasn’t savage enough, another occurred that same evening. During last night’s double bill of the ITV soap, Emmerdale viewers found out the truth about the second victim and it wasn’t what they expected.

Amongst the chaos of Pierce Harris (Jonathan Wrather) returned and brutally killing Graham in the middle of the woods, the Sharma family lost their dog Tip.

The morning after Graham’s murder, Priya Sharma (Fiona Wade) was seen searching the forest for their beloved pet, when she stumbled upon Billy Fletcher (Jay Kontzle) out running.

Together, they scoured the area, calling out Tip’s name, but their search was interrupted when Priya found Graham’s dead body lying amongst the leaves.

The police were called, statements made and Marlon Dingle (Mark Charnock) was arrested.

But, still there has been no sign of the dog.

Tonight, Emmerdale fans were treated to two half hour episodes and the fate of the dog became clear.

Firstly, Priya was seen popping into the local shop and cafe handing out posters of a missing Tip, asking everyone she passed whether or not they had seen her dog.

It wasn’t until a scene between Andrea Tate (Anna Nightingale) and Jamie Tate (Alexander Lincoln) that the truth was outed; Andrea had killed Tip.

At first, Jamie was confused as to why he had been summoned to meet his estranged wife, assuming it was because she had found out about his brief fling with Belle Dingle (Eden Taylor-Draper) the same night Graham and Tip died.

“So you just left the poor animal by the side of the road?” Jamie continued to probe and Andrea revealed: “No, I could never do that. I buried her in the woods.”

Clearly shocked by her actions, Jamie exclaimed: “You did what?”

“As soon as I drove off, I knew I had messed up, it was too late,” Andrea remarked.

Those watching at home took to Twitter to discuss the fatality Tip experienced and many were understandably not too happy.

One said: “FFS she buried the dog, what a d**k.  #emmerdale,” while another added: “Noooo. Andrea having killed lil Tip. I know it’s fictional but I’m crying!!! #Emmerdale.”