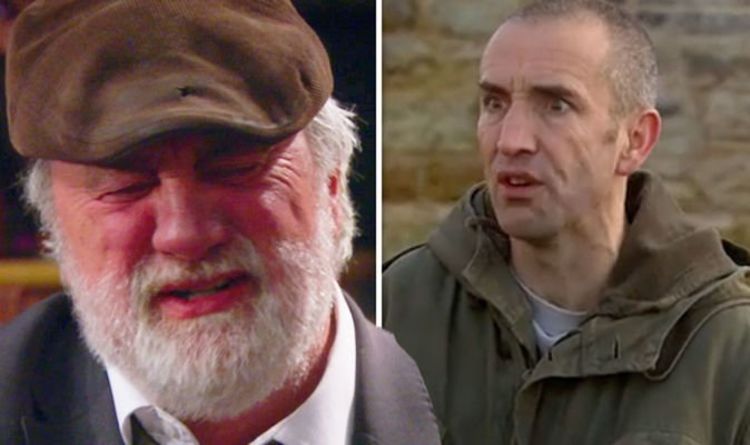 Zak (played by Steve Halliwell) was last seen on Emmerdale six months ago following the tragic death of his late wife, Lisa Dingle (Jane Cox). In the wake of his heartbreak, he found himself rekindling a former romance with Faith Dingle (Sally Dexter), but his love for his beloved led him to make an exit to get his head together. The Dingle clan has been in quite a bit of turmoil since he’s been away and it looks like he’s about to be replaced. With Sam (James Hooton) calling the shots on the ITV soap next week, it seems their leader may have lost his role in the family.

Since his leave of absence, the Wishing Well Cottage has been occupied by Sam, his fiancé Lydia Hart (Karen Blick) and son Samson Dingle (Sam Hall).

With Zak away, they opened their home up to cousin Mandy Dingle (Lisa Riley) and her surrogate son, Vinny (Bradley Johnson), after they arrived back in the Dales last year.

Upcoming scenes will see the husband and wife-to-be betrayed when the youngster steals a wedding ring and tries to get some cash for it at the pawnbrokers.

Livid with the stranger who has integrated himself into the family, Sam makes a devastating decision which seems him take on the role of clan leader.

The soap has released some teasers ahead of next week’s episodes on their website, with Tuesday’s showing the dramatic repercussions of Vinny stealing.

With a games console in hand, it seems Sam is hellbent on revenge after he’s convinced the youngster has sold his wedding ring.

Seeing to the pigs outside the cottage, Lydia and Samson are concerned when they see their loved one acting uncharacteristically.

“Sam, where you going with that?” his fiancé asks, to which he replies: “Taking it to the pawnbrokers, see how he likes it.”

With his son objecting to the extreme measures, Sam rages as he says: “It were my wedding ring, didn’t stop him. Besides, this would still be broken if he hadn’t of robbed from us.”

“Come on Sam, be the bigger man. Put it all back,” Lydia tells him, but her words fall on deaf ears as he hits back: “Why should I? No, see how he likes someone stealing from him.”

Seeing Mandy and Vinny walking towards them, Samson exclaims: “Mandy, stop him. He’s taking all of Vinny’s stuff to the pawnbrokers.”

Hoping to change her cousin’s mind, the shifty character tells him the youngster has got the ring back from the pawnbroker.

Convinced kind-hearted Sam will let bygones be bygones, Mandy is gobsmacked when her cousin tells her he wants Vinny out the house.

“You don’t mean that,” she replies, to which Lydia explains her fiancé is now head honcho and not Zak, given he’s been away for a while.

“Until Zak’s back, it’s Sam who decides who lives here,” she remarks, leaving the youngster out on his whim.

However, the clan leader is set to make his return in the coming weeks, so how will he feel about his son replacing him?

BySheldon Cooper has ruffled his friends’ feathers many times over the years, but a classic episode of The Big Bang Theory confirmed things wouldn’t...
Read more