Emmy Nominee Conchata Ferrell, aka Two and a Half Men's Berta, Dead at 77 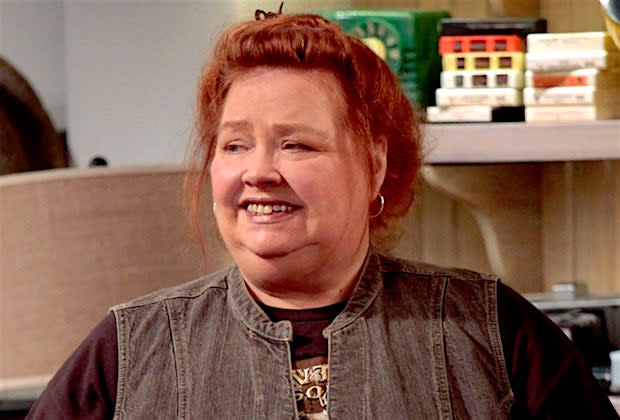 TV veteran and three-time Emmy nominee Conchata Ferrell, best known for playing housekeeper Berta on the CBS sitcom Two and a Half Men, has died at the age of 77.

Per our sister site Deadline, Ferrell passed away on Monday at California’s Sherman Oaks Hospital, surrounded by family.

Ferrell was hospitalized in May and spent a month in intensive care, during which she suffered a heart attack. She was on a respirator and dialysis, and was unable to speak or communicate. The hospitalization was related to a kidney infection Ferrell suffered last December that also landed her in the hospital.

An award-winning stage actress in the 1970s, Ferrell was a frequent TV guest star throughout the ’80s and ’90s on shows like Buffy the Vampire Slayer, Friends, Who’s the Boss? and Night Court. (She also had memorable supporting roles in films like Edward Scissorhands, Erin Brockovich and Mr. Deeds.) She earned an Emmy nomination for Outstanding Supporting Actress in a Drama Series in 1992 for her role as entertainment lawyer Susan Bloom on NBC’s L.A. Law.

In 2003, she took the role of insult-spouting housekeeper Berta on CBS’ Two and a Half Men; it was a recurring role at first, but Ferrell was promoted to series regular in Season 2 and remained with the series for its entire 12-season run.

“She was a beautiful human,” Two and a Half Men alum Jon Cryer shared on Twitter. “Berta’s gruff exterior was an invention of the writers. Chatty’s warmth and vulnerability were her real strengths. I’m crying for the woman I’ll miss, and the joy she brought so many.”

“I remember her first day on 2 1/2 Men,” Cryer continued. “It was our second episode and I felt so lucky that they’d been able to cast her on the show. I gushed to her about what a fan i was of hers and she simply refused to believe it. I had to recount one of my favorite bits of hers from a cancelled mid 70’s sitcom called Hot L Baltimore before she finally got that I was serious. I’m glad that I absolutely knew how fortunate I was to share a stage with her. I treasured every moment and will continue to until we meet again. I have a feeling she’ll call me ‘Zippy.’”

Ferrell earned two more Emmy nods in 2005 and 2007 for Outstanding Supporting Actress in a Comedy Series. Her final TV role was in five episodes of Netflix’s The Ranch in 2017.