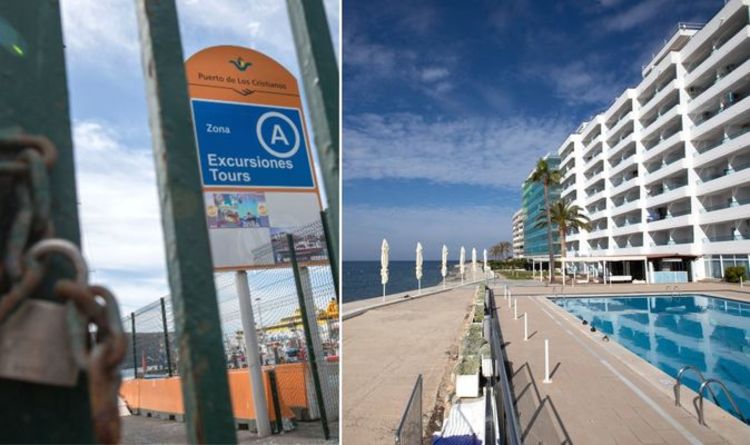 Spain holidays are usually very popular with British tourists. Benidorm and the Costa Blanca are two destinations which always see an annual flood of Britons. However, as the coronavirus pandemic continues to worsen and travel bans remain in place, these hordes of holidaymakers are nowhere to be seen.

With tourism in Spain so badly impacted by coronavirus, leaders are worried about the lasting effect on the sector.

At the time of writing, there are 177,633 cases the virus in Spain. Only the USA has more cases globally.

Tragically there have so far been 18,7579 deaths in Spain from coronavirus.

What’s more, data from the World Travel & Tourism Council (WTTC) has shown that Spain is the most vulnerable country when it comes to the economic fallout of coronavirus.

READ MORE: Spain holidaymakers may have to sunbathe 6ft apart after lockdown

Spain relies heavily on tourism – but this is not set to return to normal for many months.

To make matters worse, Spain struggled economically even before the pandemic.

It suffered from high levels of public debt and high unemployment rates.

Now, tourism bosses in Benidorm and the Costa Blanca are arguing that large percentage of tourism companies in Spain have gone into “hibernation” and need “special protection to get to the end of this nightmare alive.”

Consequently, they are leading a national plea for a special action plan from the Spanish Government.

Hosbec, the hotel association for Benidorm, the Costa Blanca and Valencia, is calling for a one-year protection plan, saying: “The tourism sector is experiencing what is the most important crisis in its entire history and without any precedent.

“And for this reason, tourism companies and hotel and accommodation companies in particular, want to demand from the Government and the various authorities a state protection plan that allows companies to survive the difficult months.”

They want as many delays as possible for the payment of taxes, rates and so forth; a major new advertising and promotion campaign to bring holidaymakers back to Spain; a total guarantee of continued health and safety measures for the tourism industry; and a 12-month protection plan so that workers keep their jobs.

Hosbec has said it is essential that people’s memories of holidaying in Spain are kept alive and that when the crisis is finally over, they will be able to enjoy “an unforgettable experience and even better than before”.

The hotel association stated: ”Tourism has acted in the Spanish economy as a net contributor in all aspects.

“It has contributed to the creation and maintenance of up to 2.8 million jobs, it has generated 14.6 percent of the national GDP, with an annual contribution to the Spanish economy that exceeds 175,000 million euros.