End of the world: 'Collapse of civilisation is the most... 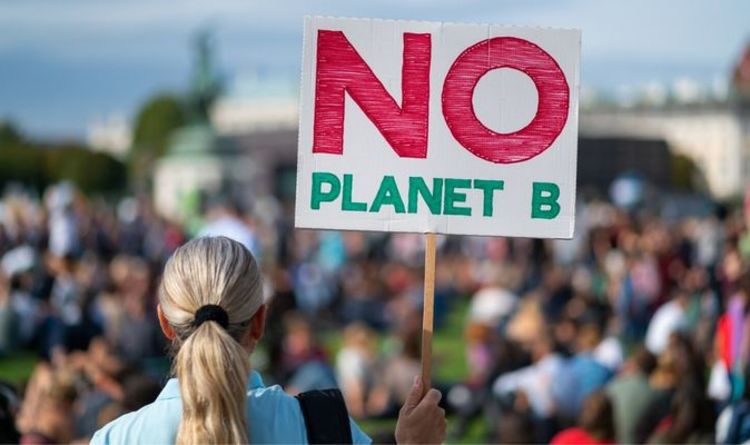 The most notable disastrous landmarks the planet is set to reach include the destruction of the Amazon Rainforest, the melting of the ice caps and the heating planet in general.

These coupled with the booming population could lead to disaster.

The melting ice sheets will lead to rising sea levels, which equates to less land for humanity to live on, forcing the increasing population inland.

The warming planet will make less of the world habitable, again forcing climate refugees to move elsewhere, and the demise of the Amazon, and other rainforests, leads to an exacerbation of the warning planet.

Australian National University emeritus professor Will Steffen believes it will take at least 30 years for humanity to turn it around now, by which point it might be too late.

Prof Steffan told Voice of Action: “Given the momentum in both the Earth and human systems, and the growing difference between the ‘reaction time’ needed to steer humanity towards a more sustainable future, and the ‘intervention time’ left to avert a range of catastrophes in both the physical climate system (e.g., melting of Arctic sea ice) and the biosphere (e.g., loss of the Great Barrier Reef), we are already deep into the trajectory towards collapse.

“That is, the intervention time we have left has, in many cases, shrunk to levels that are shorter than the time it would take to transition to a more sustainable system.

“The fact that many of the features of the Earth System that are being damaged or lost constitute ‘tipping points’ that could well link to form a ‘tipping cascade’ raises the ultimate question: Have we already lost control of the system? Is collapse now inevitable?”