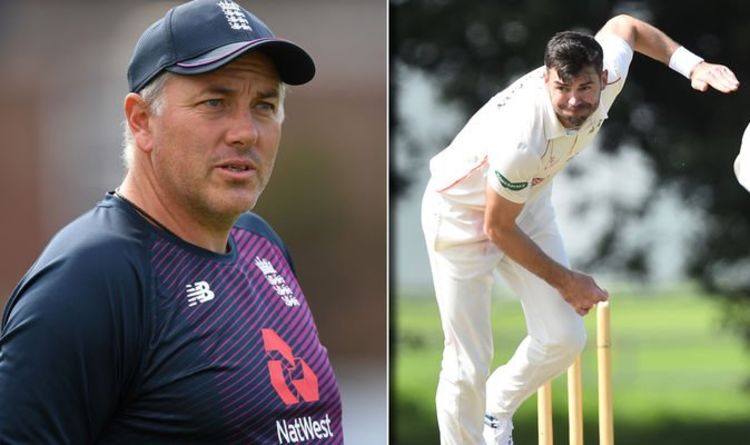 The new England head coach revealed he is no hurry for a change of generations in the team, and also praised the brilliant summer of another thirtysomething bowler Stuart Broad.

Anderson’s absence against Australia last summer was a crucial factor in England failing to re-capture The Ashes, and he will miss the two-Test tour of New Zealand next month due to a long-term calf injury.

The 37-year-old is currently training with Manchester City as he attempts to recover full fitness, aiming to play in the Test series against South Africa.

“Jimmy is a phenomenal bowler so, yes, I want him around as long as I can,” said Silverwood, whose prime objective is to build a team for the next Ashes series Down Under in two years’ time.

“He’s great. He takes wickets all round the world and he’s got a lot of knowledge he can share with the players coming in.

“Who wouldn’t want a world-class bowler like him in the line-up?

“I think it will be up to him to let us know when he’s had enough. Equally, we’ve got to be realistic and say that we have to do some future planning here.

“We’ve got to sit down and make sure we’ve got depth, so when guys do retire we’ve got people coming through who can take their places.

“There’s got to a balance, but if both Jimmy and Broady are fit, it’s difficult to look past them, isn’t it?

“We saw the way Broady bowled in the summer. It’s a great headache to have. When you look at the amount of Test wickets they’ve got between them (1,042) it’s phenomenal.”

“I would like Eoin to be captain at the next World T20 tournaments, but he has a big say in that as well.

“He’s earned the right to tell us when he’s had enough, but the influence he has on the players is phenomenal.

“He is so respected and he has such good ideas. My job is to give him as much support as I can — to help him get the players where he wants to get them.

“Then we will have one eye on a transitioning period, on who’s going to be the next captain and giving them opportunities to potentially lead somewhere as well.”