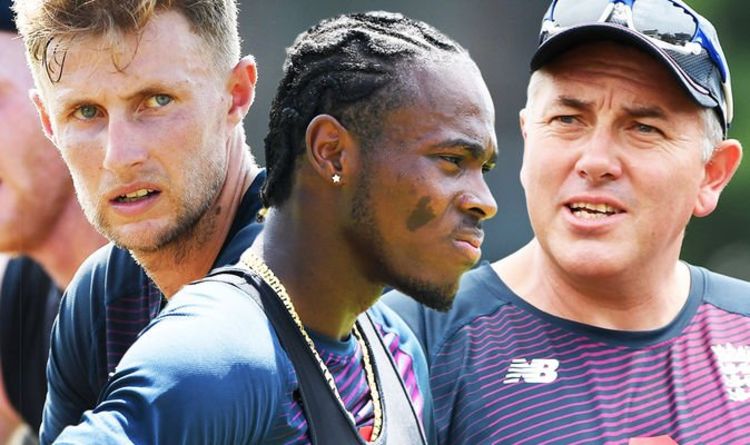 Jofra Archer has been told his Brighton pit stop could have cost English cricket “tens of millions” of pounds and ruined the summer. The fast bowler is facing internal disciplinary action from England bosses after breaching bio-secure protocols ahead by going home on route to the second Test.

But while England Director of Cricket Ashley Giles has left him in no doubt as to the gravity of his blunder, he insisted he will be supported as “a young man who made a mistake”.

“This could have been a disaster,” said Giles. “The ripple effect through the summer could have cost us tens of millions of pounds.

“He needs to learn from it and he will. I think we made it very clear. But he is a fine young man who on this occasion got it wrong.

Senior figures within England’s set up were furious with Archer after he let slip he had breached bio-secure protocols with a detour en route from the Ageas Bowl in Southampton to Emirates Old Trafford on Monday night.

It is understood he stopped off at his flat in Brighton for an hour in order to see a friend, possibly a girlfriend, before continuing his journey.

Archer’s unscheduled stop came to light late on Wednesday when he told a member of England’s support staff.

Archer was contrite yesterday after what he told friends was a “bad judgement call” – though his team-mates were left frustrated by his actions.

“I am extremely sorry for what I have done,” he said. “I feel like I have let both teams down and I want to apologise to everyone in the bio-secure bubble.”

England confirmed the “individual” he came into contact with has tested negative for Coronavirus since Chris Silverwood and captain Joe Root were informed late on Wednesday night.

Archer faces five days of solitary confinement in his room at the team hotel at Old Trafford after being dropped from the match day squad. ECB doctors are set to keep a close eye on him from a “wellbeing point of view”.

He will also be tested for Covid-19 twice before the end of this Test.

Archer’s quick dart home means he misses out on a £12,000 match fee. Yet financial implications for the rest of the summer were significantly more.

Facing a worst case black hole of £380million without any broadcasting revenue the ECB moved heaven and earth to set up the financial liferaft of series against West Indies, Pakistan and a one day series against Ireland.

Senior officials contacted the Pakistan board and Cricket Ireland yesterday to inform them of developments.

They also spoke with Department of Digital, Culture, Media and Sport officials here and Cricket Australia, who they hope will follow for more white ball action later in the summer.

Former England captain Michael Vaughan was far from impressed with Archer, saying he had let down his team-mates and management badly.

“I think management would feel very let down. He’s a young kid who has made a silly mistake, and England will miss him,” said Vaughan.

“I look at the West Indies and what they’ve given up to be here.

“They have come to a country that has been hit by Covid more than most. They’ve had to live at Old Trafford for two and a half weeks.

“One England player breaks that protocol and when he’s only been away from home a couple of weeks.”

Sunday 4pm: The first Test finishes at Ageas Bowl leaving the players one more night in Southampton before making their way up to Manchester.

Monday morning: The players and management are made aware of their responsibilities for the journey from A to B from Ageas to Emirates Old Trafford in a team meeting.

Monday afternoon: Players are tested for Covid-19 before being given a free day with some choosing to play golf at the Ageas Bowl before setting off for Manchester others resting in their rooms.

Monday afternoon: Archer makes the 60 miles trip detour from Southampton to Brighton, stopping for an hour or two before travelling up to Manchester.

Monday evening: All players given a time window to check into Hilton at Emirates Old Trafford arrive on time including Archer.

Wednesday afternoon/evening: Archer lets slip to a member of England’s support team that he had stopped off en route from Southampton to Brighton.

Wednesday evening: Chris Silverwood and Joe Root are made aware of his breach of the protocols at around 10pm and immediately escalate it up the chain to ECB hierarchy.

Thursday morning: Archer’s statement is released before the start of play as ECB swing into damage limitation mode and and Sam Curran is brought in to fill his place in the starting