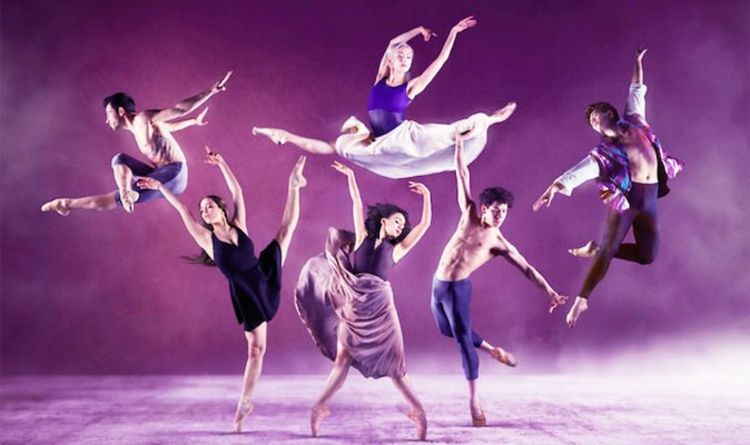 This event is always one of the highlights of the year for dance fans. It has grown from an in-house project to encourage junior performers to a fantastic evening streamed live around the world. This year, of course, everyone will only be watching online so the public have been given their chance to cast a vote alongside the judges. Scroll down to meet the six finalists and to find out how to watch live.

They will pair off to perform a classical pas de deux and then each present their own individual solo. Choreographers and leading ENB dancers Jeffrey Cirio, Stina Quagebeur and Mthuthuzeli November have been heavily involved with the creation of new contemporary dance pieces.

SCROLL DOWN TO MEET THE FINALISTS

Emily Suzuki has been an Artist of the Company since 2016 having trained in her native Japan at the Acri Horimoto Ballet Academy before moving to the UK to study at English National Ballet School.

In 2017 and 2019 she danced the role of the Chosen One in Pina Bausch’s Le Sacre du printemps (The Rite of Spring).

He joined English National Ballet as an Artist of the Company in 2018 and notable roles in his time with the company have included Freddie and Spanish dance in Wayne Eagling’s Nutcracker, Birbanto in Le Corsaire and Playlist (Track 2) and Swansong as part of ENB’s 70th Anniversary Gala.

William Yamada has been in the Company since 2015. He originally trained with his mother followed by the Young Dancer’s Academy, London, and the Royal Ballet School. As part of English National Ballet’s 70th Anniversary Gala in January he debuted in Playlist (Track 2) by William Forsythe and he has also danced the role of Freddie in Wayne Eagling’s Nutcracker during his time in the Company.

Victor Prigent trained in French Guiana, Paris, Chicago and San Francisco and danced with San Francisco Ballet and Atlanta Ballet for a season each before coming to the UK to join English National Ballet as Artist of the Company in 2017. Highlight roles of his time at ENB so far include Freddie and Chinese dance in Wayne Eagling’s Nutcracker, the Beggar Chief in Kenneth MacMillan’s Manon, Neapolitan in Derek Deane’s Swan Lake and Swansong and Playlist (Track 2) at ENB’s 70th Anniversary Gala.

Ivana Bueno joined the Company after graduating from the Princess Grace Academy, Monaco, in 2018 following her training at Fomento Artístico Cordobés in her home country of Mexico. During her time at English National Ballet she has enjoyed dancing the Spanish dance in Wayne Eagling’s Nutcracker.

Carolyne Galvao. Originally from Brazil where she trained at the Bale do Teatro Escola Basileu França, Galvao joined English National Ballet in 2018. Some of her career highlights so far include being a prize winner at the Prix de Lausanne 2018 and winning Silver Medal at the Jackson Ballet Competition 2018. Notable roles with the Company include the Chinese and Spanish dances in Wayne Eagling’s