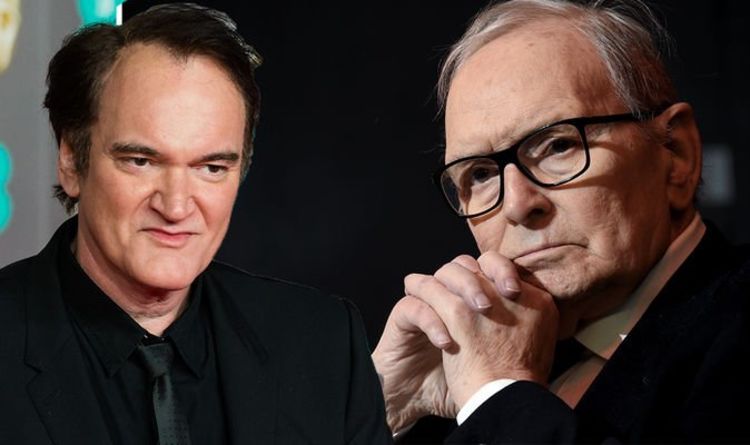 This week the announcement that Ennio Morricone unfortunately passed away left his fans devastated. The influential composer made his mark on a huge amount of films and cinematic experiences over the decades. From working on Western-styled films to working alongside Quentin Tarantino, the star has left quite the legacy behind him.

Tarantino was of course influenced by a number of filmic styles, including Westerns.

Because of this, Tarantino laid a few easter eggs – hidden references – to Morricone throughout his work.

Some of these were a little more subtle than others, and were certainly first spotted by huge film buffs.

First of all, it is important to note that Morricone was responsible for the soundtrack of one of the most iconic Westerns out there – The Good, The Bad, and the Ugly.

During this film Morricone created a unique score that film fans have enjoyed since its release.

Tarantino’s Western – Django Unchained – saw him craft a reference to Morricone during one huge scene.

In a moment which saw Django (played by Jamie Foxx) and Calvin Candie (Leonardo DiCaprio) battling their wits, a mournful song titled Ancora Qui is played in the background.

This was originally written by Morricone, and was used in reference to his relationship to the Western movie genre.

According to The Richest, there are three cuts from The Thing’s soundtrack included on the Hateful Eight’s soundtrack, connecting the dots even further.

Morricone’s legacy will live on in a number of film franchises.

Perhaps the most iconic is the Dollars Trilogy, which includes A Fistful of Dollars, For a Few Dollars More, and The Good, The Bad, and the Ugly.

Since Morricone’s death a number of tributes have been given to the late star.

25 Cozy Sweaters Under $60 Perfect For This Fall

HuffPost may receive a share from purchases made via links on this page. Prices and availability subject to change.HuffPost We found oversized, cropped and balloon...
Read more