‘Enough is enough!' Emergency laws introduced today as crackdown on... 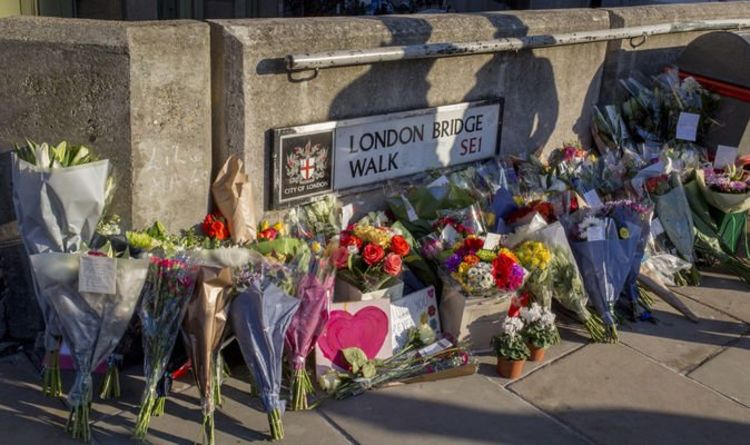 The most dangerous extremists still deemed to be a threat to the public will be kept behind bars until the end of their sentence. Ministers are trying to steamroll the emergency legislation, which will be presented to MPs for the first time today, through Parliament within weeks to prevent any more convicted terrorists from being released early.

Sunderland shopkeeper Mohammed Zahir Khan, who encouraged others to support Islamic State, is expected to be released on 28 February.

Around 50 prisoners will no longer be released automatically half-way through their sentence.

They will instead be forced to spend two-thirds of their sentence behind bars before a panel of specialist judges and psychiatrists at the Parole Board will consider letting them out.

Officials say the emergency legislation will be introduced because they are “powerless to prevent a release – even if an offender continues to display concerning behaviour”.

Justice Secretary Robert Buckland said: “No dangerous terrorist should be released automatically only to go on to kill and maim innocent people on our streets.

“Enough is enough. This Government will do whatever it takes to keep the public safe, including making sure no terror offender is released early without a thorough risk assessment by the Parole Board.

“And we are not stopping there. We are stepping-up deradicalisation measures in our prisons, introducing a 14-year minimum for the worst terrorist offenders, and giving more money to the police to deal with these horrific crimes.”

Convicted terrorists will also be subject to curfews and face more restrictions on their movements and communications once they leave prison.

The new rules will apply to offenders sentenced for crimes such as training for terrorism, membership of a proscribed organisation, and the dissemination of terrorist publications.

The 20-year-old had been jailed for possessing and distributing terrorist documents in December 2018, but was freed automatically halfway through his sentence.

The authorities were so concerned about Amman that he was put under 24-hour police surveillance when he was released.

Home Secretary Priti Patel said: “Recent months have been a stark reminder of the threat we continue to face from terrorism.

“We are determined to ensure that dangerous terrorists are not free to spread their hateful ideologies or harm the public.

“We are already boosting funding for counter-terrorism police and victims of terrorism and this legislation will ensure terrorist offenders are not released early unless there has been a full assessment of the risks.”