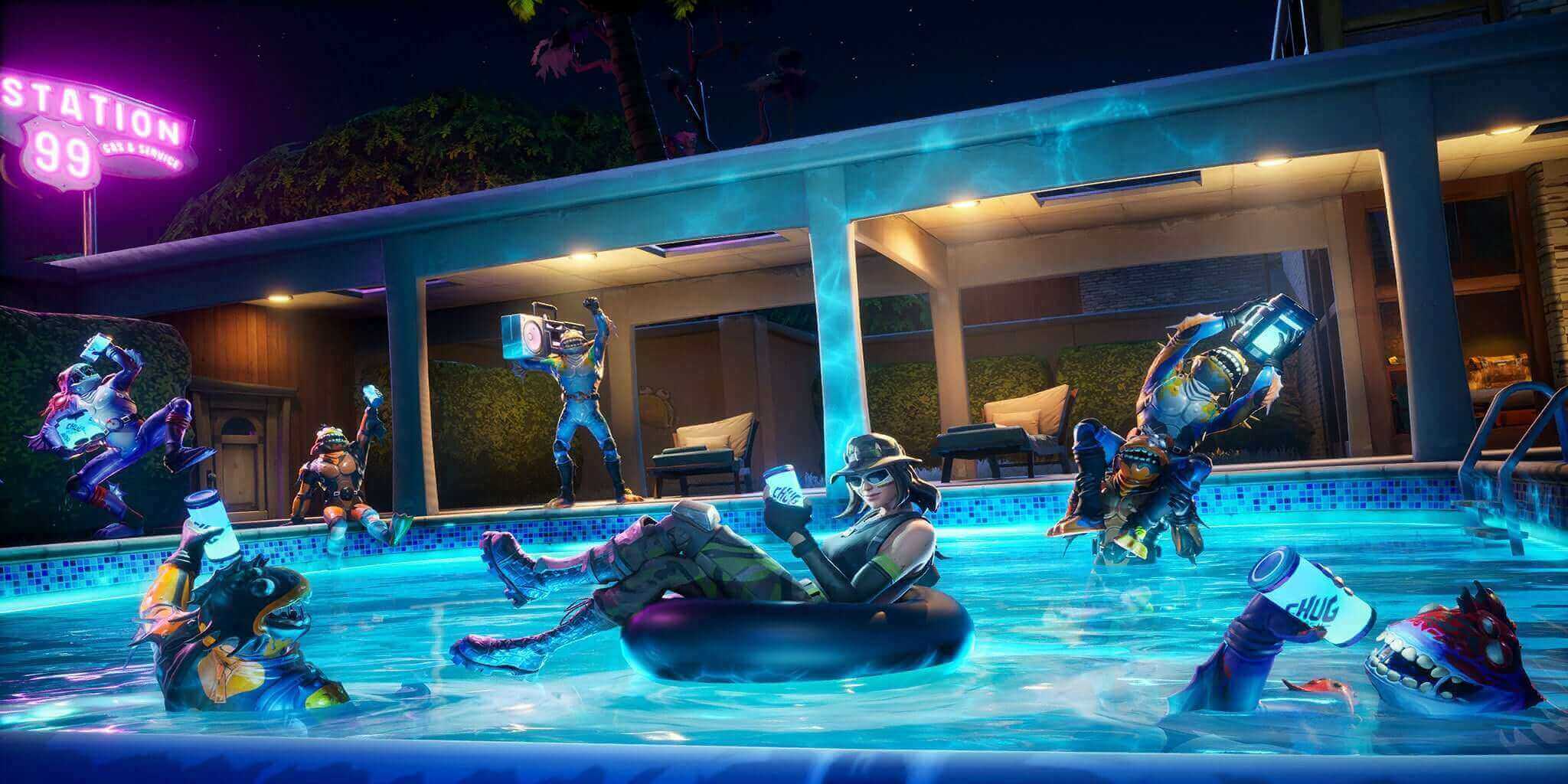 It sounds like the Fortnite developers are working on a few exciting additions.

As well as the beginning of Fortnitemares 2020, Wednesday’s v14.40 patch also included changes to the game files which caused a problem with the tools used by dataminers. Things should be back to normal soon, but in the meantime, popular leaker @HYPEX and @intercelluar still had some interesting news to share.

Perhaps most intriguingly, Hypex revealed that “Epic are working on a Slurp Bazooka”. They didn’t share any further details on the item, but we can make an educated guess on how it would work.

Here are some things that @intercelluar & i found until leaking is back to normal:

– Epic are working on a Slurp Bazooka
– There’s an unreleased “Fire Extinguisher” item
– We might get a “Snowman NPC” that grants you a quest,
it has conversations, can explode and/or spawn loot

It is likely that a Slurp Bazooka would function in a similar way to the Bandage Bazooka, i.e. taking up two inventory slots, allowing players to shoot themselves and teammates, and having a rechargeable number of uses.

The fact that the name mentions “Slurp” rather than “Shield” suggests that the Bazooka will heal for both white health and shield depending on a player’s effective HP. The big question is how much HP will each usage grant? Regardless, this has the potential to be an incredibly powerful piece of kit.

There is also an unreleased Fire Extinguisher item which intercelluar say says is “coming soon”. It will supposedly use its own “CO2” ammo type and work a bit like a Gas Can.

With Firefly Jars and Gas Can explosions regularly settings your wooden builds alight in Season 4, a Fire Extinguisher could certainly come in handy. However, unless it also doubles up as a weapon, it doesn’t seem like something that many players would want to sacrifice an inventory slot to carry.

Finally, Hypex mentioned that we may see a “Snowman NPC” introduced later in the year. This character would grant you quests, have conversations and possibly explode and/or spawn loot.

This Snowman NPC at least probably won’t arrive until closer to the holidays, but with two more content updates still scheduled for Season 4, we could well get something new before then.