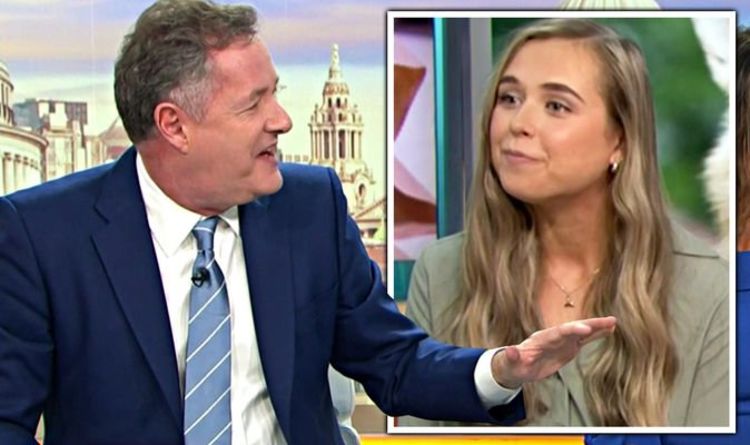 Jennifer White, senior media officer at animal welfare charity PETA, told Good Morning Britain the term pet was derogatory to animals. She was invited onto the show to defend PETA president Ingrid Newkirk who said the term was patronising, comparable to the treatment of women before feminism.

Jennifer said: “We don’t hate the word pet, we are encouraging people to use a better word.”

But Piers said: “Ok, well let me ask you, what are you changing the name of the organisation to?”

Jennifer defended: “Its an acronym!”

“But it’s got pet in it! You’re literally called PETA!” Piers shouted, but Jennifer was adamant: “I think you’re missing the point and there is academic research -“

However, she was cut off my Piers: “You keep telling me I’m missing the point, but I think I’m on point really – you want to ban the word pet, you want your organisation to carry on being called PETA?”

Trying to regain some control, Susanna interjected: “That’s because it’s the People of Ethical Treatment of Animals.”

“Do you see the problem? Pet is offensive, I’m offended by your use of the word pet!” Piers remarked.

“But it’s not offensive, we’re not telling anyone it’s offensive,” Jennifer claimed, but Piers responded: “You’re literally telling people not to use the word pet – that’s why you’re here!”

“Piers,” Jennifer remarked. “You’re a journalist, you know better than anyone the power of language.”

“Do you know where the word pet goes from?” Piers asked before telling Jennifer to reply because it was “his show”.

“You have no idea where the word pet comes from? It comes from a Scottish Gaelic meaning ‘tame animal’. Nothing offensive,” Piers explained.

The conversation then game to an end and following a moment’s awkward silence, Susanna said: “Think we’ve sort of ended.”

“Jennifer, brave attempt but I do wonder whether there are bigger fish to fry,” she continued.

The saying Susanna used riled Piers up, and half joking, half being ironic, he blew up and shouted: “Woah! You! Frying fish?”