Erdogan outrage: Turkey launch furious attack as it accuses US... 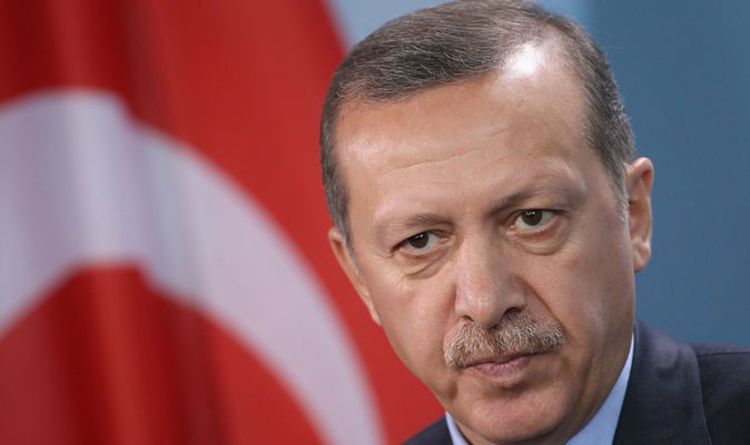 However, in signs of deteriorating relations with the US Mr Erdogan told the Turkish broadcaster NTV that the US was not upholding its side of the bargain.

He said:“The US has not fully kept its promises.

“If we make compromises we would open the way for the terrorist organisation.”

The Turkish President’s statement comes after he met the Russian President Vladimir Putin for talks about the ongoing conflict.

The two sides announced that they had reached a “historic” deal aimed at keeping Kurdish forces away from Syria’s border with Turkey.

Mr Erdogan told reporters:“According to this agreement, Turkey and Russia will not allow any separatist agenda on Syrian territory.”

The Turkish military has captured a 120km-long strip of land between the towns of Ras al-Ain to Tal Abyad.

The aim is to create a “safe zone”, by driving out the Kurdish militia, that Turkey views as terrorists and to resettle up to two million Syrian refugees in the cleared area.

The Kremlin put out a statement saying that President Bashar al-Assad thanked Putin for his diplomacy.

It said that the Syrian President “expressed his full support for the results of the work as well as the readiness of the Syrian border guards, together with the Russian military police, to reach the Syrian-Turkish border.”

Putin’s agreement with Erdogan represents another stunning diplomatic success for the Russian leader at the expense of the US.

It confirms Russia’s position as one of the main geopolitical power brokers in the region, alongside Turkey.

The agreement ensures that there will be no redrawing of international borders, thereby discouraging separatist movements, which both Russia and Turkey strongly oppose.

Putin said Russia and Turkey had agreed to uphold “sovereignty and territorial integrity” of Syria, something he can advertise as a foreign-policy success.

Washington is the biggest geopolitical loser, as it sees its reputation take a battering after its abandonment of its Kurdish allies.

Adding to the US humiliation was an ultimatum issued by the Russian defence minister Sergei Shoigu.

Mr Shoigu told the Americans on Tuesday evening that they “one hour and 31 minutes left” to get out of Syria.