Erratic climate led to downfall of major empire – and... 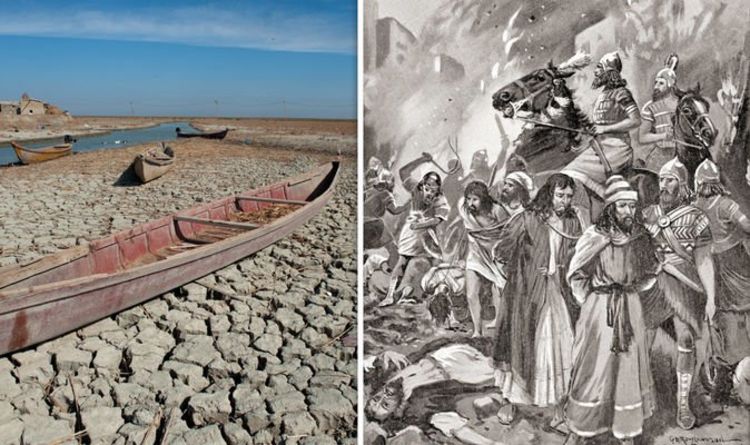 The Neo-Assyrian Empire was an empire from the Iron Age which ruled much of the Middle East from 911 BC to 609 BC. Historians have been stunned by their meteoric rise and sudden fall from grace which took just a matter of decades. It had been assumed that their warmongering tendencies eventually got the better of them, but new research has revealed that climate change played a massive part.

The study also found how dramatic climate change played a part in helping the Neo-Assyrian Empire become one of the strongest empires to have ever existed.

By analysing stalagmites from the Kuna Ba cave, located near Nineveh, northern Iraq, researchers were able to examine heavy and light isotopes of oxygen.

These isotopes offer a glimpse into the climatic past and researchers were able to see how during the beginning of the Neo-Assyrian Empire, the Middle East was going through an unusual wet patch.

The heavy rainfall allowed crops and agriculture to flourish, which in turn created a stable and strong urban environment on which the empire was built.

Study leaders Ashish Sinha, professor of Earth and climate sciences at California State University, and Gayatri Kathayat, associate professor of global environmental change at Xi’an Jiaotong University, detailed their discovery in a think-piece for the Conversation.

They wrote: “We argue that nearly two centuries of unusually wet conditions in this otherwise semi-arid region allowed for agriculture to flourish and energised the Assyrian economy.

“The climate acted as a catalyst for the creation of a dense network of urban and rural settlements in the unsettled zones that previously hadn’t been able to support farming.”

However, towards the end of the empire, the climate in the Middle East reverted to type, and became dry with drought conditions lasting for decades.

“Droughts like this one offer a glimpse of what Assyrians endured during the mid-seventh century BC. And the collapse of the Neo-Assyrian Empire offers a warning to today’s societies.

“Climate change is here to stay. In the 21st century, people have what Neo-Assyrians did not: the benefit of hindsight and plenty of observational data.

“Unsustainable growth in politically volatile and water-stressed regions is a time-tested recipe for disaster.”