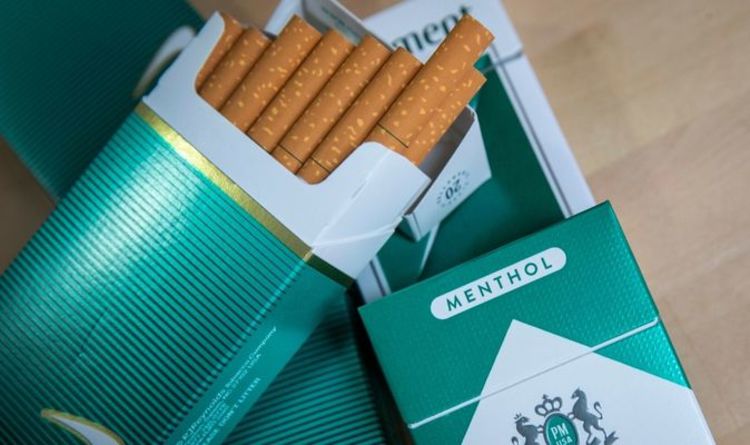 Others have turned to using menthol-flavoured vaping liquids on cigarettes, despite it being intended for electronic cigarettes.

Owner of Wharfedale Premier convenience store in Hull, Samantha Coldbeck, said some customers had told her they would sprinkle their cigarettes with menthol flavoured e-liquids prior to smoking them.

She said: “I have been really shocked and concerned to hear that.

“I am warning customers of the dangers of homemade alterations, as vape liquids are not intended to be burned or inhaled.

“It demonstrates how dangerous it can be to ban a product that is in high demand as people will just try to find loopholes, and potentially, really damaging ones.”

And 31 per cent of the smokers said they had switched to or increased consumption of non-menthol cigs.

While 20 per cent said they had switched to or boosted their use of either menthol or non-menthol electronic cigarettes.

smokers are likely to make their cigarettes more dangerous by adding menthol.

“Cigarette smoke is hot, toxic and carcinogenic, sticking to the inside of smokers, lungs and blood vessels and causing carnage throughout.”

The menthol ban formed part of the EU Robacco Product Directive, a series of laws to prevent young people from smoking and to reduce the number of people taking up the habit.

Nicotine substitutes such as chewing gum, nasal spray and lozenges.

Heated tobacco, such as Heets from IQOS are heated rather than burned to reduce toxin levels compared to traditional cigarettes.

E-cigarettes and vapes, which mimic the habit of smoking, but without the toxic effects of tobacco smoke.

Image copyright ReutersEven an effective coronavirus vaccine will not return life to normal in spring, a group of leading scientists has warned. A vaccine is...
Read more
U.K.

Coronavirus: Restrictions for England to be standardised into three tiers

Image copyright Reuters Image caption There are currently different rules across local areas of EnglandThe government is to push ahead with a new "three-tier" approach...
Read more
U.K.

Job loss fears as furlough lifeline starts to wind down

Image copyright EPA Image caption The hospitality sector has been one of the hardest hitThe countdown to the end of the furlough financial lifeline has...
Read more
U.K.

Image copyright Getty ImagesThe stress and anxiety caused to patients by "poor communication" from NHS bodies in England during the Covid pandemic has been...
Read more
U.K.

Covid-19: Growth in cases may be slowing in England

Image copyright ReutersThe growth in cases of coronavirus may be slowing down, the largest study of the infection in England suggests. A team at Imperial...
Read more