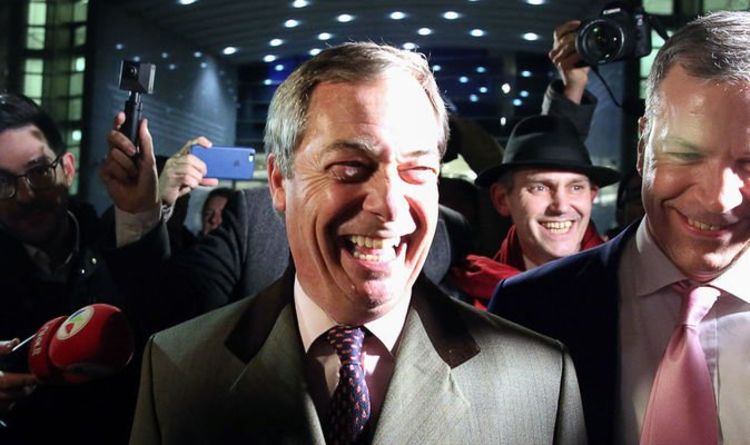 On Friday, Britain’s 47-year membership of the European Union will finally come to an end, as the UK enters a new chapter in its long and illustrious history. From Saturday Britain will begin the long process of redefining its relations with the EU as an independent country, no longer beholden to the whims of European bureaucrats. Dr Sebastian Gorka, who served as a Deputy Assistant to the US President in 2017, told this website that Britain had nothing to fear and everything to gain from Brexit in an upbeat message.

In an exclusive interview with Express.co.uk, he said that Brexit was about returning power to sovereign nations and was an important part of the fight against undemocratic globalising institutions that had grown far too powerful.

He said: “BREXIT is the will of the people.

“It is a glorious opportunity for a once great nation to reassert its sovereignty once again and take its rightful place amongst those who stand for all that is good and wholesome in our civilization in the face of undemocratic globalizing institutions such as the EU.”

He was confident that Brexit would lead to more European nations leaving the Union, arguing that humans were meant to live in communities that reflected their collective culture, not artificial “super-states” which deny nations their unique traditions and history.

Dr Gorka predicted that Poland would be the next country to quit.

He explained: “I put high hopes on strong nations like Poland following the UK’s lead.

“All they need are their own versions of patriotic lions like Nigel Farage to rally their electorate against the swamp dwellers.”

Tensions between Warsaw and Brussels have been growing ever since the right-wing Law and Justice Party (PiS) came to power in 2015.

JUST IN: We just wanted our country back, says FREDERICK FORSYTH

He said: “The EU is a dead man walking and Britain will lead the way of a new group of nations that represent their citizens and not faceless unaccountable mandarins in Brussels and Strasbourg.”

Dr Gorka said that the Trump administration shared Britain’s scepticism and distrust of Brussels, viewing the EU as “an impediment to healthy bilateral relations, unanswerable to the will of its citizens and indoctrinated by a neo-socialist Utopianism.”

He said that Trump would not abandon the UK and that the special relationship would only grow stronger post-Brexit.

Describing Boris Johnson and President Trump as “stylistically and rhetorically” birds of a feather, he asserted: “The relationship will be a strong and healthy one as long as Boris Johnson keeps his promises to our British brethren and makes good on BREXIT.”

Dr Gorka is also confident that a trade deal to benefit both countries equally can be concluded quickly after Brexit.

His optimism is shared by members of the US President’s re-election campaign, who told the Sunday Express: ““Boris and the President have a really good relationship, so as soon as Brexit has happened the talks for a trade deal between the two countries can get going.