EU blunder: How John Major could have stopped Brexit with one simple move – but blew it 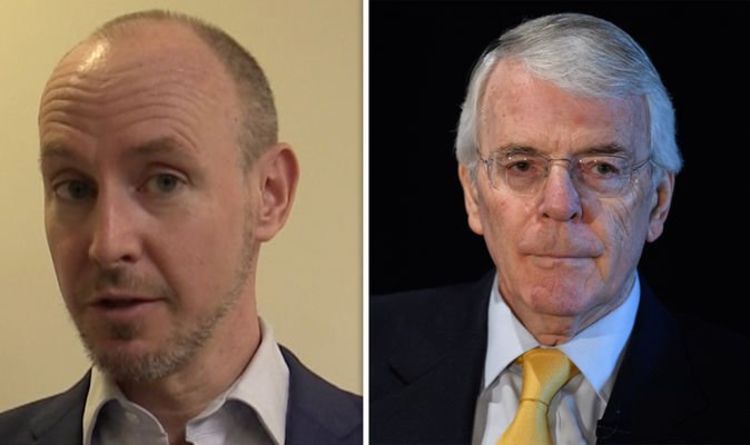 Since 17.4 million voted to leave the European Union in 2016, former Prime Minister John Major has been actively trying to reverse that result. The Conservative grandee was already campaigning for a second referendum less than six months after the first one. And he did everything he could to damage Boris Johnson’s premiership, too.

In September, Sir John challenged the former London Mayor’s decision to suspend Parliament at the Supreme Court and, during the general election campaign, he urged young voters to stop the Conservatives’ Brexit plan.

His call came in a video message for a Final Say campaign rally, which was held in London under the banner “Stop The Brexit Landslide”.

Things, though, did not go as he planned.

His battles to thwart Brexit can be seen as ironic as, according to Conservative MEP Daniel Hannan, Sir John could have easily prevented it from happening.

As soon as he became Prime Minister in 1991, Sir John felt the relationship between Britain and the EEC – the precursor to the EU – had to change.

During a speech in Brussels, the Bristol-born politician expressed his desire to place “Britain at the heart of Europe” with the Maastricht Treaty.

The Treaty is the international agreement that saw what was then the EEC evolve into the EU with initially only 12 member states.

It laid down the groundwork for economic and monetary union with a single currency at its heart and new rules on inflation, debt and interest rate regulations.

The Treaty, though, which greatly increased the powers of the European Commission, was widely unpopular according to opinion polls and it is what arguably split the Conservative Party on the European issue for decades.

Sir John decided to ignore them and signed it in 1992.

When asked why the former Prime Minister did so when there was so much growing opposition, Mr Hannan explained: “That is a great question because he didn’t need to.

“His argument was that it was the minimal necessary to keep our foot in the door.

“But then when the Danish people voted against it, that should have been him off the hook.