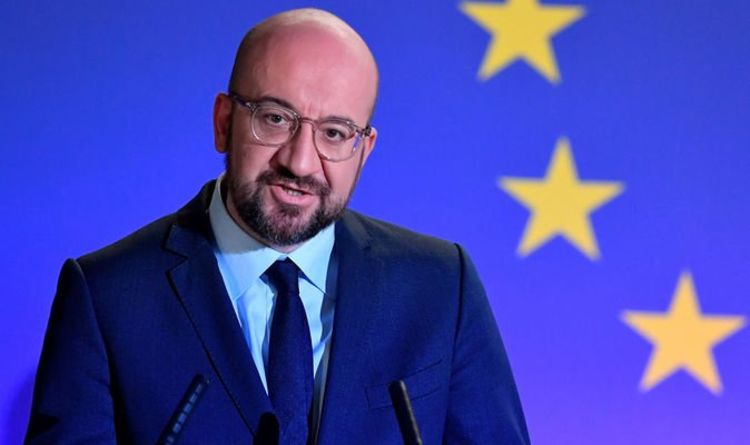 The EU chief made the comments as he insisted the bloc had changed, in an attempt to forge a new post-colonial relationship with the African continent. But the remark sparked a backlash, as the actual figure is much lower than this, with Belgium, France, Germany, Italy, the Netherlands, Portugal, Denmark, Sweden and Spain all having had colonies in Africa. The transcript of Mr Michel’s official speech, published on the EU’s official website, has since been amended to 21 – but even this figure appears to be inaccurate.

Speaking at the state dinner in Addis Ababa, Ethiopia, the European Council President said: “I am here today to bear witness to a metamorphosis of this continent but also that of Europe.

“Your northern neighbour is changing.

“I am here tonight to speak for 27 European countries.

The incorrect statement prompted one senior African official to lash out at the European chief.

The official, who wished to remain anonymous, told Politico: “The road to hell is paved with good intentions and it is exactly this well-meaning but tiresome tone-deafness that we no longer have appetite for.”

It is not yet clear what five EU countries Mr Michel was referring to as formal colonisers, given that nine had colonies in Africa.

But Lydia Omanga, director of communications for Congolese President Félix Tshisekedi said the comments did not strike her as controversial.

He said: “This changing Europe is looking at Africa with fresh eyes – with respect, optimism and confidence!

“Africa is vibrant, full of the energy of youth and it is buzzing with new technology!

“A continent of opportunities: that is what Europe sees.”

Mr Michel added: “Europe is reaching out to Africa so that we can map out a bright and promising future together.