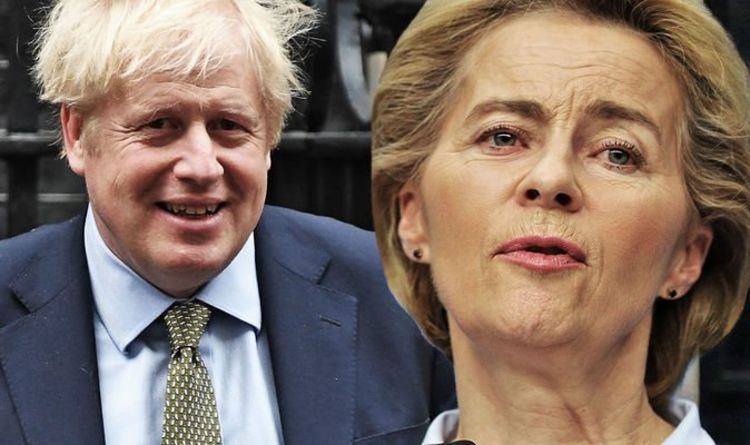 British MEPs attended their final plenary session in Strasbourg this week ahead of the UK’s exit from the trade bloc on January 31. Upon leaving the EU, the UK will be able to sign a host of trade deals with countries across the world, which the former Brexit Party MEP warned could spell the end for Brussels.

Speaking Express.co.uk, Mr Forman predicted a bleak future for the EU as he predicted several other countries will follow the UK’s lead in deciding to vote for independence from the Brussels bloc.

He said: “It’s the beginning of the end for the EU.

“You can’t have a one-size fits all for so many countries.

“Eventually the imbalance within the bloc is always going to lead to chaos.

“The EU is going to go down a very dangerous road over the next few years.”

Mr Forman first became an MEP as a member of the Brexit Party, but shortly before the general election, he and some other colleagues urged Britons to back Boris Johnson.

In light of the UK’s departure, Hungary, Poland and Italy have all voiced concerns over the structure of the EU.

In what Mr Forman warned was “growing eurosceptism”, the MEP insisted all three countries could eventually leave the trade bloc and carry out their own versions of Brexit.

Mr Orban said: “We are not interested in the EPP as it is today.

“If EPP is unable to change itself in another direction, I think in the future European politics will need a new European initiative which is Christian Democrat.

“If we cannot reach a change inside EPP, we will initiate something new in European politics.”

In Poland’s case, the ruling Law and Justice Party defied Brussels by passing a law punishing judges who are critical of court reforms.

The ruling bands judges from attending protests or referring questions to EU courts.

ByJust hours after reassuring news revealed the Oxford/AstraZeneca vaccine was up to 90 percent effective, Mr Johnson has urged the public to get a...
Read more