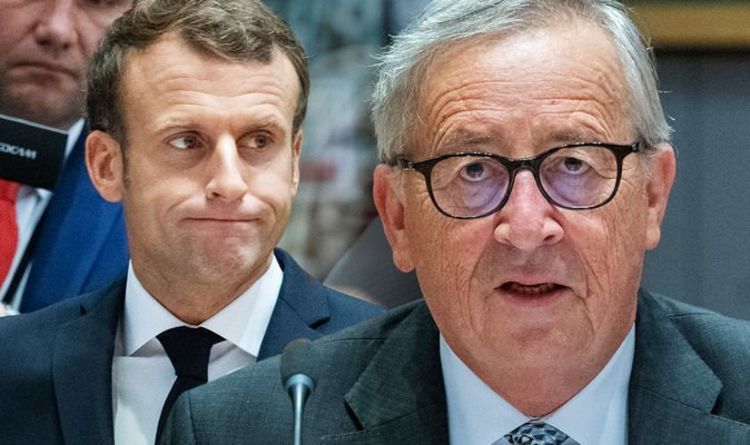 Czech Prime Minister Andrej Babis said the EU had let down the Balkan states, pointing out both European Commission President Jean-Claude Juncker and High Representative of the Union for Foreign Affairs Federica Mogherini had said two countries had met the criteria necessary to start talks. He said: “We promised them. I am very much disappointed.”

And today Juncker hit out at Macron further in a thinly-veiled attack.

The outgoing EU president said: “I am very disappointed about the results of the enlargement discussion. We didn’t have to decide if Albania and Macedonia would become part of the EU.

“We only had to decide if they could become candidate members to start negotiations, but unfortunately, some EU members are not ready for that. I believe this is a huge historical mistake.

“I want to thank Tusk for being my friend and accomplice. I want to thank all of you, some have been with my for ages and some only this last stage of my career, but thanks. I follow your work and read your stories. You are part of this project. I am and will always be proud of Europe.”

However, after a ministerial meeting in Luxembourg on Tuesday, it was revealed Mr Macron had blocked the plan, with Tytti Tuppurainen, Finland’s EU affairs minister, saying: “Unfortunately today, the Council did not reach a unanimous decision. I regret that.”

No specific reasons have been given for the veto, although Mr Macron has said he will not start negotiations with the two countries until the entire accession process is reformed.

The news prompted an angry reaction from the Visegrad Group, which consists of the Czech Republic, Poland, Hungary and the Slovak Republic.

A letter signed by the country’s four respective leaders – Andrej Babis, Mateusz Morawiecki, Viktor Orban and Peter Pellegrini – was sent to the European Council, which starts in Brussels today, protesting at the decision.

It states: “Yesterday the EU, yet again, failed to respect its commitments to our partners in the Western Balkans.

“The General Affairs Council was to agree on opening the accession process with the Republic of North Macedonia and Albania on Tuesday 15 October.

“To our great disappointment, that did not happen.”

JUST IN: Brexit on a knife-edge as Boris closes in on securing historic victory

“Yet, as of today, the EU is still unable to grant a clear European perspective to these states.”

The four leaders said they agreed with the assessment of Mrs von der Leyen, who has cited the expansion of the bloc as a way of enabling the EU to “act more geopolitically and advance more vigorously its interests on a global scale”.

They added: “Further delay in making the positive decision will cause a serious deterioration of the stability in the region and will to large extent limit our ability to take an active role in our own neighbourhood. This development goes directly against our interests.

“Despite the let-down that we witnessed at the General Affairs Council, we are proposing a decisive discussion at the European Council this week, where we should work together on unblocking the current situation.

“We must realise what is at stake: the decision that we are to take this week will irreversibly affect our credibility in the region and even more importantly, it will have serious and long-lasting consequences for our own stability and security.

Speaking to Express.co.uk earlier this month, Polish-born MP Daniel Kawczynski said the plan was motivated by the EU’s desperation to cover the loss of the £15.5billion the UK pays into the bloc annually.

He said: “Countries like Poland and Hungary have a shock coming when the UK leaves because that will cut the EU’s budget by 20 percent.

“They could find themselves paying for Kosovo, Moldova and even Ukraine and the boot will be on the other foot.”