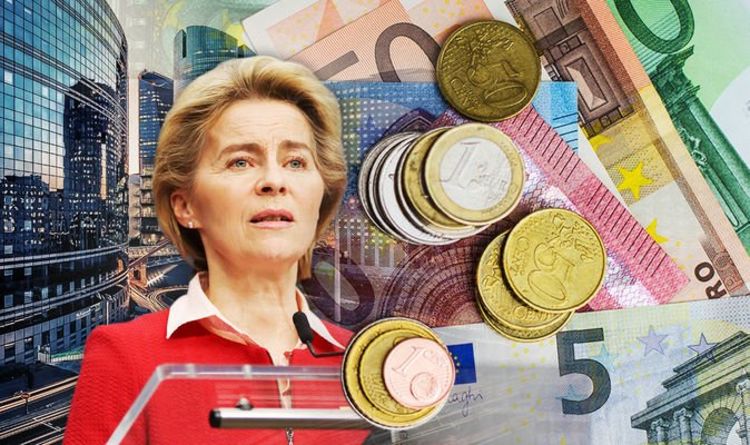 The Brussels official said an agreement may not be agreed until the Summer or “even longer” as EU nations express “real reluctance” to back the European Commission’s package to save the bloc from the economic crisis as it fights the coronavirus pandemic. The EU official, who is involved in preparing the leaders’ summit, said: “My hope is to make progress in June, July,” before stressing a final deal might take even longer.

The comments set expectations low for a Thursday EU summit where the bloc’s 27 national leaders are expected to agree to use their 2021-27 joint budget to help kick-start growth during a video call meeting.

They are also expected to rubber-stamp €500 billion of immediate rescue measures that should take effect from June.

The COVID-19 crisis has laid bare cracks in the EU’s unity as members wrestle over how to react to the pandemic since it hit Europe.

The coronavirus has claimed tens of thousands of lives in Europe and measures to curb its spread have left economies at a virtual standstill.

The European Commission has instead proposed a compromise that could see the Brussels-based EU executive inject as much as €1.5 trillion into the economy by raising funds against the bloc’s joint coffers.

But the official said there was still “real reluctance” among several member states to back the Commission’s proposal.

National capitals are far from agreement on what size any recovery fund should be, whether it would make grants or repayable loans, whether, how much and what type of debt it could issue, and what countries’ responsibilities would be.

“The north fears debt mutualisation will contaminate their financial and economic positions in the future through decisions taken by the south.”

Following Monday’s call, German Chancellor Angela Merkel said Berlin was ready to help jump-start economic growth through a bigger EU budget and the issuance of joint debt via the Commission.

But the official listed many remaining hurdles, saying: “Political lines are moving but it will take time.”

The Commission is expected to present a revamped proposal for the bloc’s seven-year budget, known as the Multiannual Financial Framework (MFF), on April 29, including how exactly any Recovery Fund linked to it could work.

All 27 members would have to agree unanimously for it to take effect next year — a tall order for a bloc that has been fighting over immediate economic rescue plans, medical equipment and emergency border restrictions for weeks.

EU unity is being bitterly tested by the coronavirus, having already been damaged by the economic crisis that began more than a decade ago, a migration crisis since 2015 and then by Brexit.

The bloc has agreed €500 billion of support for its coronavirus-hit economies, including a scheme to subsidise wages, more lending to companies through the European Investment Bank and cheap credit lines from the euro zone’s bailout fund.