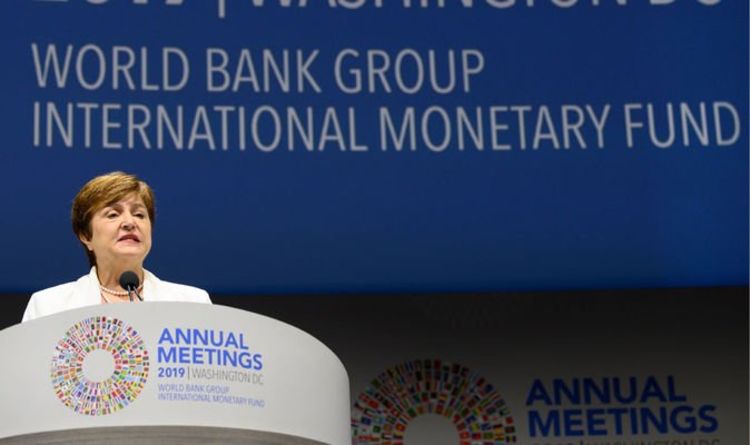 In its latest assessment, the IMF said Europe’s real GDP for the year is projected to grow at its lowest rate since 2013.It admitted the European Central Bank has run out of ammunition and risks are rising, with the economic outlook seeming increasingly precarious. European countries must work together to draw up emergency plans to prepare for a severe economic shock.

Economists blamed the weakening European economy on the dangers of “Brexit uncertainty”, trade tensions and the slowdown of industry and trade.

“A modest recovery is forecast for 2020, with growth reaching 1.8%, as global trade is expected to pick up and some economies recover from past stresses.”

It added: “For most of the region, the slowdown remains externally driven.

The fund singled out Germany and the Netherlands among the countries which should loosen purse strings to encourage economic growth.

“Countries with ample fiscal space should take measures to boost potential output, while countries with elevated debt and deficit levels should generally proceed with fiscal consolidation.

“Given elevated downside risks, contingency plans should be at the ready for implementation in case these risks materialise, not least because the scope for effective monetary policy action has diminished.”

The latest predictions are in line with its World Economic Outlook back in April, which said European countries are running out of hands to enhance the growth in the economy.

The report comes as Germany has seen yet another fall in industrial production, adding to fears the country could be headed for its first recession in six years.

Europe’s largest economy has been stalling since the summer and if it falls into recession, the rest of the EU countries will also struggle.

Despite the IMF’s increasingly dire warnings, German Finance Minister Olaf Scholz downplayed concerns and said there was no immediate need to act.