EU in crisis? Europe fears economic chaos as faith in... 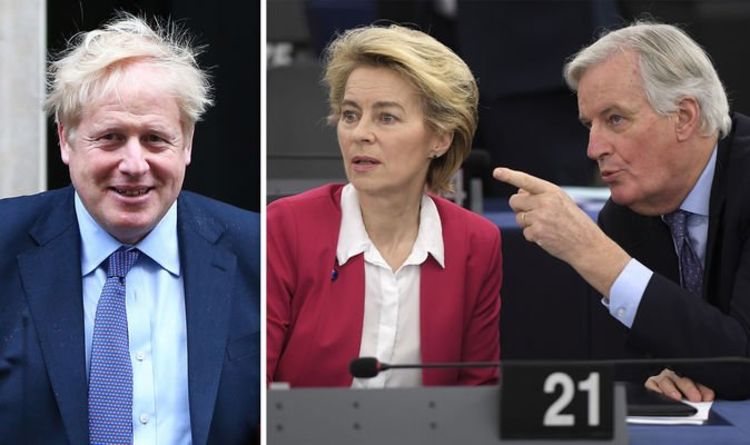 In the poll conducted by Project 28, questions on the success of the EU’s work in various departments were posed to over 35,000 respondents from 35 countries – the 28 member states as well as Ukraine and Balklan countries. One question presented a damning evaluation of the EU’s work on an economic front. In the survey, the respondents were asked in January – March 2019: “Looking forward to next year, do you think the economy throughout the European Union will be stronger or weaker than it is now?”

The four options were presented were ‘Stronger, the same, weaker or don’t know.’

Remarkably, the most popular verdict was ‘weaker’ with 39 percent predicting a bleak future for Europe, highlighting that concern in the EU’s economic plans is rife across the bloc.

The second most popular choice was ‘the same’ with 33 percent, while ‘stronger’ lagged behind with just 22 percent.

Worse for the EU, the lack of confidence in Europe’s economic prospects rose from 31 percent in 2018 when posed with the same question.

In the same time, those who said they had faith decreased – in 2018 26 percent believed the EU economy would get stronger.

While it is unclear precisely why respondents are increasingly concerned, Brexit may have played a part if previous Project 28 polls are anything to go by.

The most popular response was equally negative for Brussels, as 34 percent said the bloc would be ‘somewhat weaker’, closely followed by no difference with ‘33 percent’.

Nine percent said the bloc would be ‘a lot weaker’, while only 7 percent replied with ‘a lot stronger’.

Many in the EU will be hoping for a seamless transition when the UK’s deadline for a trade deal passes at the end of this year.

READ MORE:Brexit news: How Britain could end up BACK in the EU – revealed