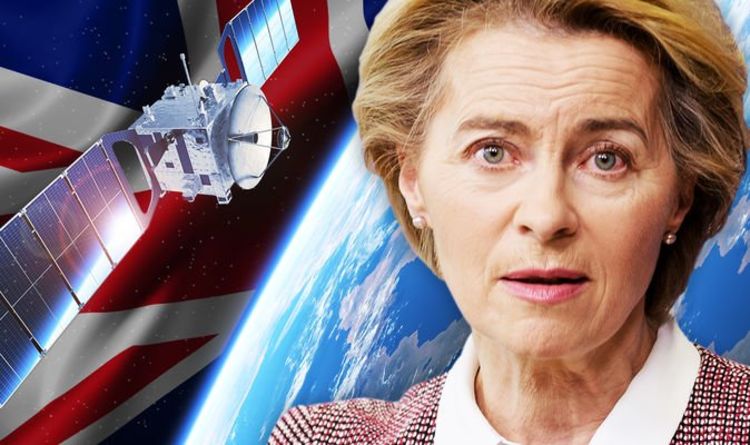 The UK and EU have clashed over the use of the Galileo satellite system during Brexit negotiations. Under Theresa May, the UK announced it would be pulling its support of Galileo to explore the possibility of a new independent Global Navigation Satellite System.

Speaking to Express.co.uk, professor Chris Chatwin from Sussex University claimed the UK could create its own satellite system independent from the EU, something he said Brussels is “fearful” of.

He said: “The possibilities are endless for the UK.

“The UK space industry is quite strong.

“Overall the UK has the capability to be a major player.

“The EU seems to be quite fearful of the UK forging its own path in space development.”

Costing £5billion, the UK would be able to become independent of the US’ GPS and Galileo’s GNSS navigation system which could provide precise tracking information.

Due to the UK’s past commonwealth territories, Britain also has several physical bases from which to launch satellites to initiate the system.

In a recent paper published in tandem with Dr Lasisi Lawal Salami, from Nigeria’s Obasanjo Space Center, professor Chatwin recently claimed the UK could use an augmentation system which could rival the EU for a fraction of the price.

“We could call it Newton.”

Britain has paid £1.2billion into the Galileo project and is currently receiving a basic signal.

When the UK leaves, the EU has insisted only members of the bloc will be able to use the satellite system.

The Galileo programme was first launched in 2011 but the completed system is expected this year.

The next generation of satellites are expected to start becoming operational in 2025.

However, the programme suffered a major setback last year.