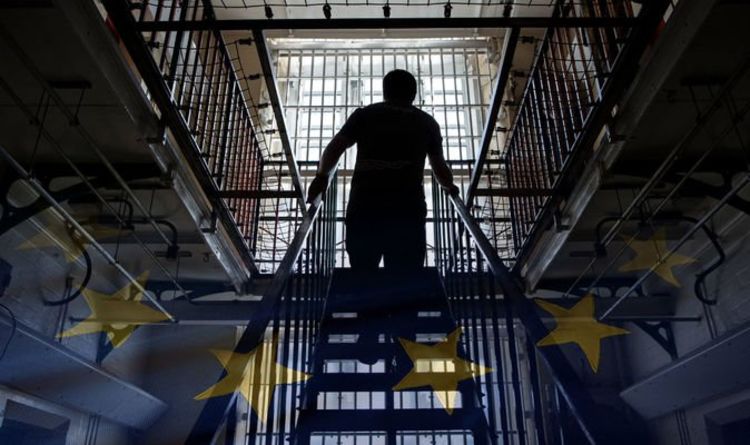 A new EU plan to improve access to information could help hundreds of thousands of criminals remain in the UK. Prisoners have been added to a list of potentially “at risk” citizens to help alongside elderly people, the Roma community, and the poorest in society.

However, the uncertainty about the number of citizens affected and the accessibility to information has lead to a push in a new approach to help.

The new EU ambassador to the UK, João Vale de Almeida, said Brussels and the embassies of the bloc’s 27 member states in London need to step up efforts to protect the rights of the most ‘vulnerable’ in the UK.

This includes up to 500,000 EU nationals with criminal records, and thousands of prisoners, who have been added into a list of “vulnerable people” to focus on alongside the elderly.

At the moment there is no automatic bar on EU nationals with criminal records being allowed to stay in the UK.

Furthermore, there are currently 4,000 EU nationals in British prisons, which the UK ambassador aims to help stay in the country.

The push aims to help these “cut off” groups access information to remain in the UK.

The latest estimates are as high as 3.8 million people.

“I don’t think any of us would want, you know, hundreds of thousands of citizens to be left behind,” he said.

A Home Office spokesperson said: “We are working with vulnerable group representatives, local authorities and other experts to ensure the right support is in place for vulnerable and ‘at risk’ citizens, be it online, over the phone, or in person.”

The news comes after France’s EU Minister warned a trade deal could fall through if no agreement is struck on fisheries.

France’s European Affairs minister Amelie de Montchalin insisted the European Union may not be able to agree to a final Brexit trade deal with the UK unless common ground is reached on access to British fishing waters.

Ms de Montchalin insisted Brussels made clear all four demands the bloc put forward, including fisheries, will have to be addressed in a new deal and failing to resolve even one could result in a no deal scenario.

ByStephen Montgomery, spokesman for the Scottish Hospitality Group, said: "Recent restrictions were framed as a 'temporary' short, sharp shock, but the extension is an...
Read more