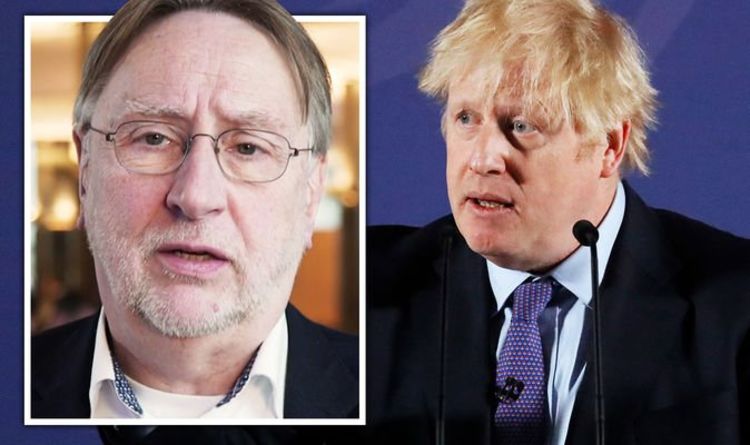 The European Union has demanded the British Government agree to regulation on competition to ensure the UK does not become a competitor at the doorstep of the bloc at the end of the Brexit transition period. Boris Johnson signalled he is seeking to strike a Canada-style trade deal with the EU, an agreement which would include the establishment of some tariffs and quotas before the UK is allowed to trade within the single market. German MEP Bernd Lange confirmed Brussels is ready to agree to cut off the fully-free access to the common market for the UK unless the Prime Minister concedes to Brussels demands.

BBC Today programme host Mishal Husain asked the German politician: “If the UK said, ‘we accept that trade-off, we accept that if we want this style of agreement, then our market access would be more limited,’ the ball, therefore, goes over to your court. What conditions would the EU want to attach?”

Mr Lange said: “Of course, tariff-free and quota-free means that we will have a kind of level-playing field.

“This is totally clear. It is not possible to have full tariff-free access with a dumping situation on taxation and state aid and labour rights.

“If there is no guarantee that there is some kind of understanding that there is no possibility to undermine the situation in the European Union then, of course, we have to look where we need to secure our production with tariffs.”

“This is a minimum standard but, of course, this is linked to a minimum market access.

“If the UK is really willing to go for that, with all the economic consequences, of course, we are ready to do that.”

Mr Johnson’s top negotiator David Frost on Monday hit out at the bloc’s demands for a level playing field.

- Advertisement -
Facebook
Twitter
Pinterest
WhatsApp
Linkedin
ReddIt
Email
Tumblr
VK
Previous articleEgypt: First Sharm el-Sheikh flight touches down – but is everything as safe as it seems?
Next articleCoronavirus UK: Four ways to avoid catching the deadly virus on the Tube