Europe’s Museums Are Open, but the Public Isn’t Coming Due... 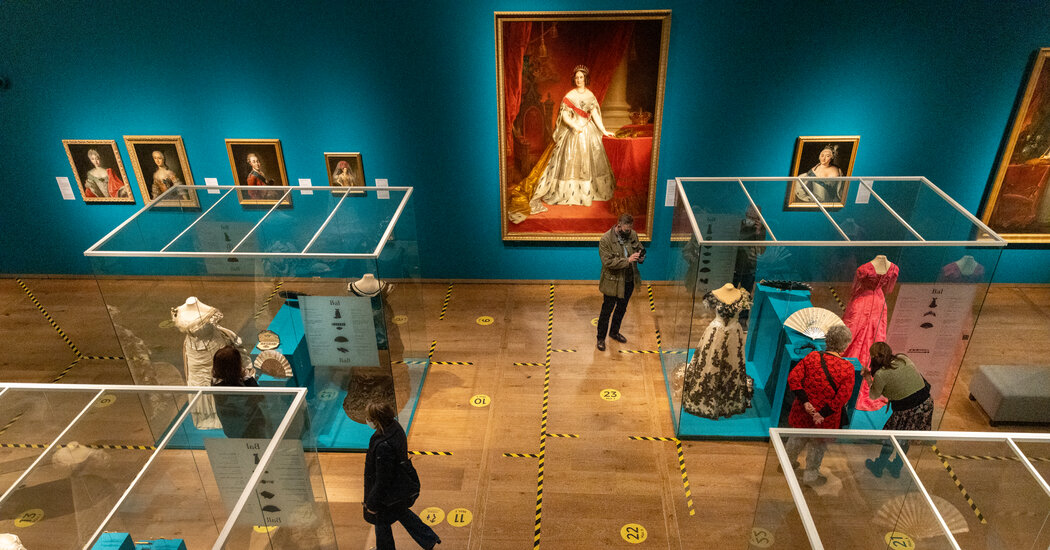 AMSTERDAM — Visitors to the Rijksmuseum’s vast, vaulted galleries of Dutch old master paintings can feel as though they’ve got the whole place to themselves these days. Before the pandemic, around 10,000 people used to crowd in each day. Now, it’s about 800.

In theory, even with strict social distancing guidelines — visitors must book ahead, wear a mask, follow a set path and stay at least six feet apart — the Dutch national museum could accommodate as many as 2,500 people a day. But the public isn’t exactly jostling for those limited tickets.

Across town, the Hermitage Amsterdam museum has extended an exhibition of imperial jewels from the Russian state collection that was attracting 1,100 visitors a day last year. Now, the museum has limited daily ticket sales to 600, though it’s only selling about half.

As cultural institutions reopen across the United States, with new coronavirus protocols in place, many have been looking to Europe, where many museums have been open since May, for a preview of how the public might respond to the invitation to return. So far, there’s little reason to be optimistic.

Almost all European museums are suffering from visitor losses, but their ability to cope depends almost entirely on how they are funded. Institutions supported by government funding are able to weather the storm with a little belt-tightening, while those that depend on ticket sales are facing tougher choices. Many are laying off employees and restructuring their business models.

Visitor information from across Europe tells a fairly consistent story: Museums that have reopened have about a third of the visitors they had this time last year. The Louvre in Paris reports about 4,500 to 5,000 visitors a day, compared with about 15,000 a year ago. The State Museums of Berlin, a group of 18 museums in the German capital, reports about 30 percent of its usual attendance.

Others are faring worse. The Van Gogh Museum in Amsterdam is down to about 400 visitors a day, when it used to welcome 6,500. “It’s really very, very quiet in the museum,” said its director, Emilie Gordenker.

Travel restrictions and border closings have dramatically reduced the numbers of international tourists in European capitals. Over the summer, institutions in the Netherlands reported a boost in tourism from neighboring Belgium and Germany. That waned again when the school year started in September, and a surge of new coronavirus cases in the Netherlands led to “code red” alerts in several Dutch cities, including Amsterdam.

European governments support many national cultural institutions, but there is a broad range of business models across the continent, from privately established museums that receive virtually no government money to those that are wholly subsidized by taxpayers. In recent years, however, governments in many countries, including the Netherlands, have been cutting support of museums, as politicians have encouraged the “American model” of funding, with more reliance on earned income.

The Rijksmuseum and the Hermitage Amsterdam, less than a 10-minute bike ride from each other, represent two points on that spectrum. While the Dutch national museum receives one-third of its financing from the government, the Hermitage, a private initiative, has no government subsidy, and relies on ticket sales for 70 percent of its budget.

“Seniors have been our core business,” said Paul Mosterd, the deputy director of the Hermitage Amsterdam. “We had a lot of senior groups, a group of friends of pensioners, or grandpa celebrates his 80th birthday with a guided tour and a lunch.” Such those patrons are now wary of indoor spaces and public transportation, he said, making the museum more reliant on younger visitors. But, he added, “That generation isn’t coming.”

Several European countries — including Britain, France, Germany and the Netherlands — have already announced government bailout packages for the arts. But many local institutions are still projecting shortfalls.

“We foresee huge losses for the next few years, and just a very slow return to normal,” said Lidewij de Koekkoek, the director of the Rembrandt House, a museum in the artist’s former home and studio. Before the pandemic, 80 percent of the museum’s visitors were international tourists.

“We expect that in 2024 we might be back to our normal visitor numbers,” she added. “Financially, it’s quite a disaster.”

Ms. de Koekkoek said that Rembrandt House had lost about 2.5 million euros, or around $ 3 million, because of the decline in visitors — more than half its overall budget.

A bailout from the Dutch government and support from the city of Amsterdam have helped recoup about $ 1 million, she said. “On the positive side, it’s back to basics, and there’s a lot of creativity in thinking towards the future,” she added.

Yilmaz Dziewior, the director of the Museum Ludwig in Cologne, Germany, said that the country’s museums were lucky because they have long received generous government subsidies. Few, he said, are in danger of failing, even if visitors don’t come.

“What the crisis also showed is how robust or healthy the German system is, in comparison with the U.S., for example,” he said. “We need the visitors, but they do not make up such a big part of our overall budget.”

He said that in the museum’s annual budget of roughly €13 million, about €3.5 million comes from earned income, with €1.8 million of that from ticket sales. He anticipates a loss of half of that.

The museum’s financial situation has nonetheless prompted a rethink, Mr. Dziewior said. “One thing that it showed us is that we need to work more with our own collection,” he said. “We do so many shows where we ship works from across the world, which is not good ecologically, economically and in other ways. Through the crisis, these issues became clearer.”

Mr. Mosterd of the Hermitage Amsterdam said the crisis had compelled the museum’s staff to rethink exhibitions that could appeal to a different kind of visitor. An exhibition of medieval art, “Romanovs Under the Spell of the Knights,” for example, has been recast with greater emphasis on armor, weapons and battles.

“It’s more suitable for families with young kids, which is for us in some ways a new audience,” Mr. Mosterd said. “That’s 100 percent a change we made for marketing reasons.”

Mr. Dziewior said that reorienting the Ludwig Museum, and finding a more sustainable, more inclusive approach to visitors — especially those who live locally — was unlikely to be a temporary shift.

“One thing that the crisis showed us was that the so-called normal wasn’t normal,” he said. “It’s not our aim to go back to where we left off.”