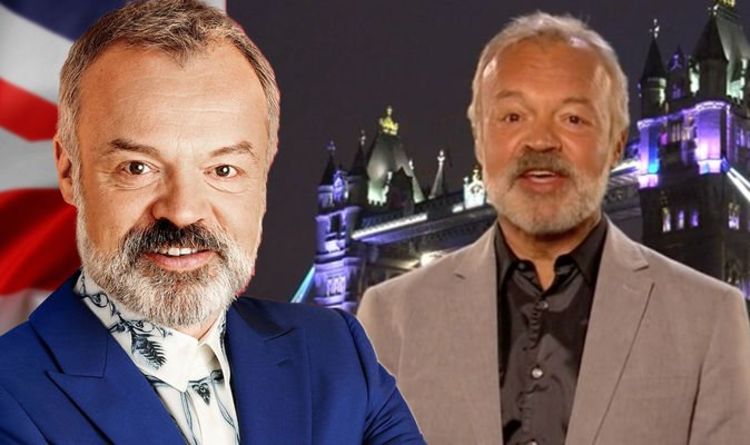 Throughout the 90 minutes, Graham Norton presented the live show to allow fans to take part in a vote to choose their all-time favourite songs.

These songs ranged from classic Eurovision hits, to some well-loved underdogs.

As the show came to a close, fans were delighted when they heard the online vote had been counted, and Eurovision’s “favourite” song had been chosen.

In the final moments of the show host Graham announced ABBA’s Waterloo was the world’s favourite Eurovision song of all time.

Despite this, many fans were a little upset by the line-up of the show’s shortlist.

Viewers correctly noted that, although Ireland has won the competition outright seven times, none of their songs were included in the show.

Fans of the competition – and indeed fans of Ireland – were not too happy, and began hitting out on Twitter.

One wrote: “@bbceurovision is there a reason u didn’t play one of Ireland’s SEVEN wins? Jealous b******s #Eurovision.”

Another agreed: “How do we, Ireland, have the most wins but don’t have a single nomination in this #Eurovision #ComeTogether.”

A third chimed in to add: “Wild that Ireland has the most wins but not a single song was chosen for this… #Eurovision.”

“Interesting that a panel of UK ‘Eurovision experts and broadcasters’ chose NONE of Ireland’s SEVEN Eurovision winners in their list of Eurovision classics to choose from,” one furious fan announced. “Opting instead for a bunch of recent anonymities. #ComeTogether #Eurovision.”

Unfortunately for fans of the competition, this argument will have to wait until next year’s return of the show.

While the contest was cancelled this year, it was recently announced the 2021 edition of Eurovision will be held in Rotterdam – the city which lost out on hosting this year.

Meanwhile, fans watching the show also spent their time suggesting Graham could be replaced for the competition’s next venture.

Speaking out on Twitter, some viewers were not happy with how the broadcasting veteran was presenting.