Every detail about the OnePlus 8 may have just leaked... 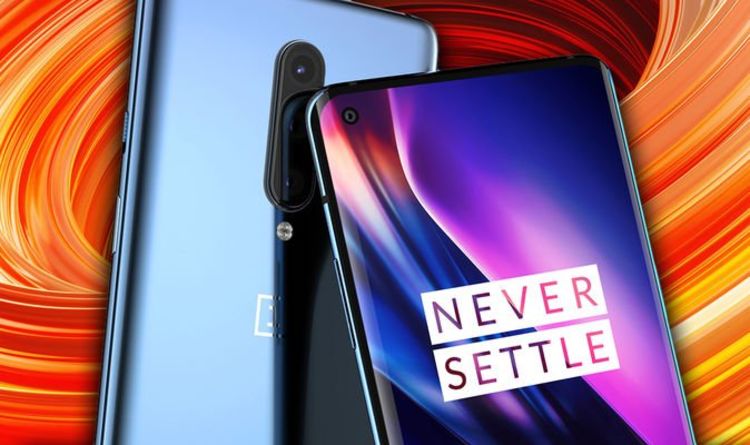 OnePlus 8 leaks have been coming thick and fast in the last few months, but the latest is a real doozy – assuming it’s all legit, of course. The alleged specifications for each OnePlus 8 model – the OnePlus 8, OnePlus 8 Pro and OnePlus 8 Lite – appear to have leaked in full on web store Giztop.

Let’s start with OnePlus’ next flagship – the OnePlus 8 Pro. The device will apparently sport a 6.5-inch 2K AMOLED display with a super smooth 120Hz refresh rate. That isn’t much of a surprise as OnePlus has already made a big song and dance about its latest and greatest 120Hz display technologies.

Giztop claims the OnePlus 8 Pro will be loaded with cameras. The listing claims the handset will come with a triple-camera system on its rear comprised of a 60-megapixel, 16-megapixel and 13-megapixel shooter. Unfortunately, the site hasn’t detailed the function of each lens, but we’re betting OnePlus will stick with a trusty primary, telephoto and ultra wide-angle trifecta.

Interestingly, the site makes no mention of a potential rear-facing time-of-flight (ToF) sensor which was present on OnLeaks’ render of the device (which the store uses to advertise the as-yet unreleased product). Even more bafflingly, the Giztop listing says OnePlus will include a front-firing ToF for better Portrait Mode. It’s possible the store has got its wires crossed a little there and the only ToF will be on the back.

Elsewhere on the front, the OnePlus 8 Pro is said to feature a 32-megapixel selfie snapper. Of course, the new OnePlus device was said to be powered by Qualcomm’s new Snapdragon 865 silicon and feature up to 12GB of RAM.

A 4,500mAh battery was also said to be tucked under the bonnet of the OnePlus 8 Pro and will apparently support a new form of wired charging called “Super Warp”, the speeds of which were not disclosed.

Interestingly, the listing from Giztop didn’t mention anything about the OnePlus 8 Pro coming with either an official IP water and dust resistance rating or support for wireless charging – both of which have been heavily rumoured to be in the works.

Meanwhile, the standard OnePlus 8 was said to feature a slightly larger 6.55-inch panel at 90Hz, rather than 120Hz. The handset was similarly noted to come with three cameras on its rear – these were noted to be 48-megapixels, 16-megapixels and 2-megapixels.

On its front, the OnePlus 8 was said to boast a single 32-megapixel camera without a ToF lens. Internally, it seems the OnePlus 8 will be very similar to the 8 Pro. The handset was similarly noted to be powered by Qualcomm’s Snapdragon 865 and feature up to 12GB of RAM. The handset will purportedly boast a slightly smaller 4,000mAh cell and support Warp 30T wired charging that made its debut on the OnePlus 7T series.

Last, but certainly not least, the OnePlus 8 Lite was said to come with a 6.4-inch 90Hz AMOLED display, a triple rear camera system, a single selfie shooter and a 4,000mAh battery.

READ MORE: OnePlus 7 Pro review – A supersonic smartphone but does it justify that much higher price?

about, ahead, detail, every, just, LEAKED, OnePlus, release