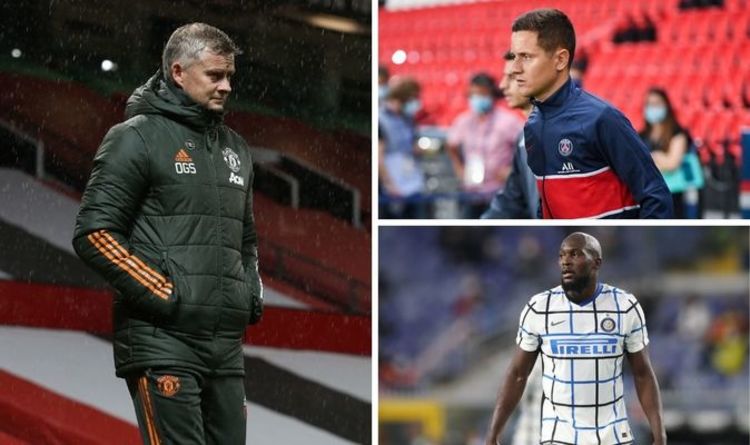 The Norwegian replaced Jose Mourinho but has been unable to better the Portuguese’s best finish in the league, a strong second place in 2017-18. Solskjær has seen his squad undergo major surgery, with his current first-choice attacking trio all aged 25-or-under, and a string of new additions this summer also expected to play starring roles.

In the four transfer windows since his appointment, Solskjær has offloaded no fewer than 14 first-team players, some of whom had spent years at the club, while others who had only threatened to break through from the youth setup, ultimately failing to make the cut.

Express Sport explores what happened to each of the 14 first-team players who left United under Solskjær’s watch.

Young defender Ro-Shaun Williams was the first casualty of the Solskjær era, moving to League One Shrewsbury Town just weeks after the Norwegian’s appointment. A former sprinter and England youth international, the now 22-year-old is in his third season at the Shropshire side and has made over 50 appearances for the club.

The first high-profile departure under Solskjær’s reign was one which had been in the offing for some time. A trusted super-sub under José Mourinho, Marouane Fellaini’s powers waned considerably during 2018 and the following January window saw him make a swift exit to Chinese Super League outfit Shandong Luneng.

The 32-year-old Belgian has scored 16 goals in 48 appearances for the Chinese club, according to Transfermarkt, and hasn’t made a senior appearance for Belgium since the 2018 World Cup.

Manchester United’s acquisition of former Arsenal forward Alexis Sánchez appears to have been one of the more ill-fated transfers in their recent history. The Chilean failed to adapt to life in Manchester, both on and off the pitch and was subsequently loaned to Inter Milan, unsurprisingly, for the 2019-20 season.

Inter then made the move permanent, signing the 31-year-old on a free transfer this summer, putting an end to his time at Old Trafford. He has made a handful of substitute appearances for Antonio Conte’s men so far this season, finding it difficult to oust the aforementioned Lukaku and Martínez.

Former Manchester United prodigy James Wilson made an immediate impact at the club, but following a string of loans found himself atop United’s transfer list. He left Old Trafford at the end of his contract in 2019, joining Aberdeen in the Scottish Premiership.

That move did not quite work out, and he was swiftly sold a year later to League Two outfit Salford City – co-owned by members of Manchester United’s Class of 92, including the Neville brothers Gary and Phil, and Paul Scholes.

Former Arsenal and Fulham youth product DJ Buffonge joined United as a 17-year-old, but failed to make the grade at Old Trafford despite there being much promise surrounding the teenage midfielder. He was released in 2019, joining Italian Serie B side Spezia Calcio shortly after.

Swiss youth international Nishan Burkart joined Manchester United in 2016 from FC Zürich and soon graduated to the club’s Under-23 setup where he scored a string of goals but was firmly on the first-team fringes.

In the summer of 2019, Burkart was released, signing for German club SC Freiburg and joining up with their second team in the Regionalliga Südwest – the fourth tier. This season he has scored five times in 10 outings at that level, and sadly lost his father – a former Swiss sprinter and athletics coach – earlier this year.

Perhaps the most high-profile outgoing of the Solskjær era was Romelu Lukaku who joined Antonio Conte’s Internazionale in 2019 for a fee reported to be worth €80 million. While a success on the pitch, Lukaku felt as though he was unfairly criticised during his time at Old Trafford, and has thrived since making the move to Serie A.

The 27-year-old has seven goals in six games in all competitions at the beginning of this season and managed 34 strikes across 51 matches last season. He currently leads Inter’s line alongside Argentine international Lautaro Martínez.