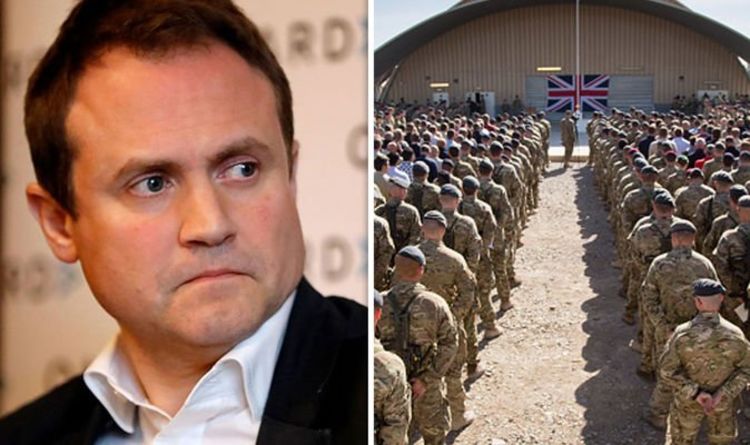 Former Chair of the Foreign Affairs Select Committee Tom Tugendhat told TalkRADIO General Qasem Soleimani was far more than just a major figure of the Iranian revolution. He compared Iran’s most powerful commander to a mix between Lord Mountbatten and US actor George Clooney due to the incredible popularity of the late general among Iranians. So he warned Britons in the Middle East should brace for the dangerous risks of Iran’s expected retaliation against the US.

He said: “The Iranian Government won’t be able to pretend it hasn’t happened.

“They’ll have to respond in some ways.

“But how they respond it’s really far too early to tell.

“The key for us is to make sure that we are braced and that all British citizens are aware of the risks that they may face in the region.

“Because, of course, the Iranians don’t really notice the division between us and the United States.”

There are around 400 British troops deployed in the Middle East, the Ministry of Defence (MoD) has said.

The MoD told the PA news agency that there were around 400 personnel in Iraq across three main bases – Camp Taji near Baghdad, Union III in Baghdad, and Erbil in Iraqi Kurdistan.

There are also around 500 personnel at RAF Akrotiri in Cyprus where fast jets and reconnaissance planes fly out over Iraq and Syria, the department added.

The MoD said the troops were there as part of Operation Shader – the UK’s part of the international coalition fighting so-called Islamic State (IS).

Troops in Iraq are training Iraqi forces tackling an IS insurgency, which has been focused around the Euphrates River, it added.

A spokesman told PA on Friday that there were no discussions about changing the forces it has deployed in the region at this time.

Foreign Secretary Dominic Raab has called for a calming of tensions from all aggressors after the US killed Iran’s top general in an airstrike.

General Qasem Soleimani, head of Tehran’s elite Quds Force who spearheaded military operations in the Middle East, was targeted in a drone strike at Baghdad’s international airport on Friday.

Mr Raab discussed the dramatic ratcheting of tensions with Donald Trump’s Secretary of State Mike Pompeo later in the day.

Outgoing Labour leader Jeremy Corbyn described the “serious and dangerous escalation” as an “assassination” and called for the UK to stand up to the “belligerent actions” from the US.