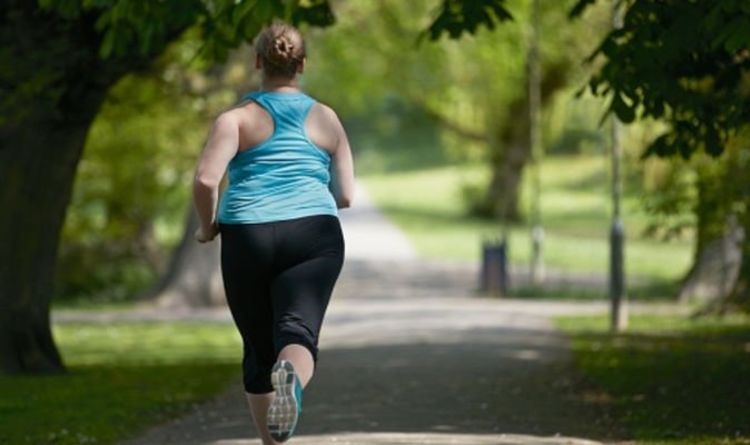 Game-changing research showed that following a 12-week diet together with a healthier lifestyle could also see patients shedding two stone within a year. In the study, 61 percent of volunteers put diabetes in reverse, compared to 12 percent who did not follow the regime. Researchers in Qatar recruited 150 patients, half of whom followed the Cambridge Weight Plan to kickstart their weight loss.

They were told to do at least 150 minutes of physical activity a week, aiming for 10,000 steps a day.

All had been diagnosed with diabetes in the past three years.

Shahrad Taheri, from Weill Cornell Medicine-Qatar, said: “I think it’s a real game-changer for the management of Type 2 diabetes.

“It shows that if you lose weight early enough in the disease process, you can actually reverse the disease, and thus avoid all the other health issues and quality of life reductions that come with it.

“We’re hoping studies such as these can bring about a big change in the clinical approach to Type 2 diabetes across the world, so we combine early screening with lifestyle interventions to get rid of this condition straightaway – instead of putting people on multiple medications for life.”

The findings, published in medical journal The Lancet Diabetes & Endocrinology, emerged as the NHS announced three new online tools to help people with diabetes manage their condition during the coronavirus crisis.

They include the Digibete and MyType1Diabetes websites which respectively offer support for young and older sufferers of the chronic condition. Healthy Living for Type 2 diabetics, to be announced later this year, will provide users with the skills and knowledge to manage their condition, including advice on emotional and mental wellbeing.

Professor Partha Kar, an NHS adviser, said: “Living with Type 1 or Type 2 diabetes is a daily challenge for millions of people and knowing they are more at risk if they are infected with coronavirus will be worrying. But the NHS has taken action to help people and keep them safe, including the roll out of these helpful apps.

“Access to trusted information and support is key to helping people manage their diabetes and we are delighted to support these tools which will hopefully empower people to look after their own condition and reduce their risk.”

Other measures already adopted by the NHS to allow diabetes care to continue during the pandemic include online appointments, routine discussions with GPs and a dedicated helpline for those treated with insulin.

The data came from the most recent Health Survey for England, which also showed that more than a quarter of adults are obese and at risk of serious health problems.

ByCaroline Quentin, 60, finished second-bottom of this week's Strictly Come Dancing leaderboard, which ultimately contributed to her departure from the BBC One show. The...
Read more