Experiencing a gout attack? This herbal remedy may alleviate symptoms 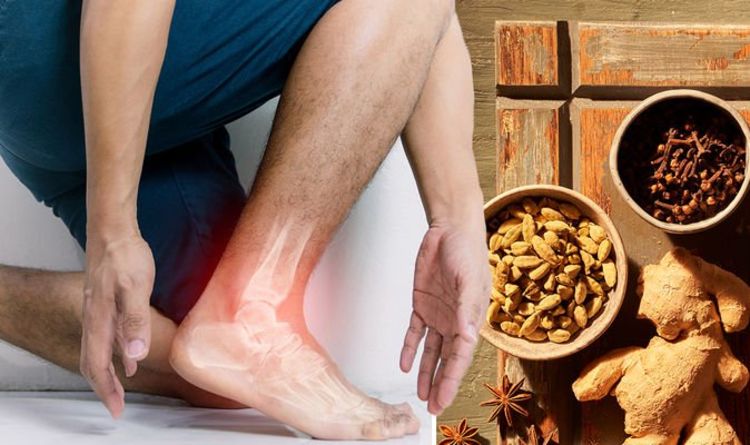 The main symptom associated with gout is severe joint pain, which is commonly concentrated in the big toe.

Other commonly affected joints include the ankles, knees, elbows, wrists and fingers.

According to Mayo Clinic, the pain is likely to be most severe within the first four to 12 hours after it begins.

“After the most severe pain subsides, some joint discomfort may last from a few days to a few weeks,” adds the health body.

One study, published in the International Journal of Scientific and Technology Research, found topical ginger reduced pain related to uric acid in gout.

Another study showed that in subjects with high levels of uric acid (hyperuricemia), their serum uric acid level was reduced by ginger.

It is important to note that the latter study was conducted on rats, and ginger was taken internally rather than topically.

The gout-busting effect of ginger is attributed to a number of substances found in the herb.

Ginger contains a few different anti-inflammatory substances, including gingerols and shogaol, according to a review article published in the International Journal of Preventative Medicine.

How to reduce the risk of further gout attacks

Implementing healthy lifestyle changes might mean you can stop or reduce further attacks.

The NHS recommends trying the followig:

There are also a number of unhealthy lifestyle habits that can trigger gout so are best to be avoided.

You should avoid or cut down on foods containing purine compounds to combat gout.

“Purine compounds, whether produced in the body or from eating high-purine foods, can raise uric acid levels,” explains the Arthritis Foundation.

As the health body explains, excess uric acid can produce uric acid crystals, which then build up in soft tissues and joints, causing the painful symptoms of gout.