Experimental Covid-19 vaccine is put to its biggest test 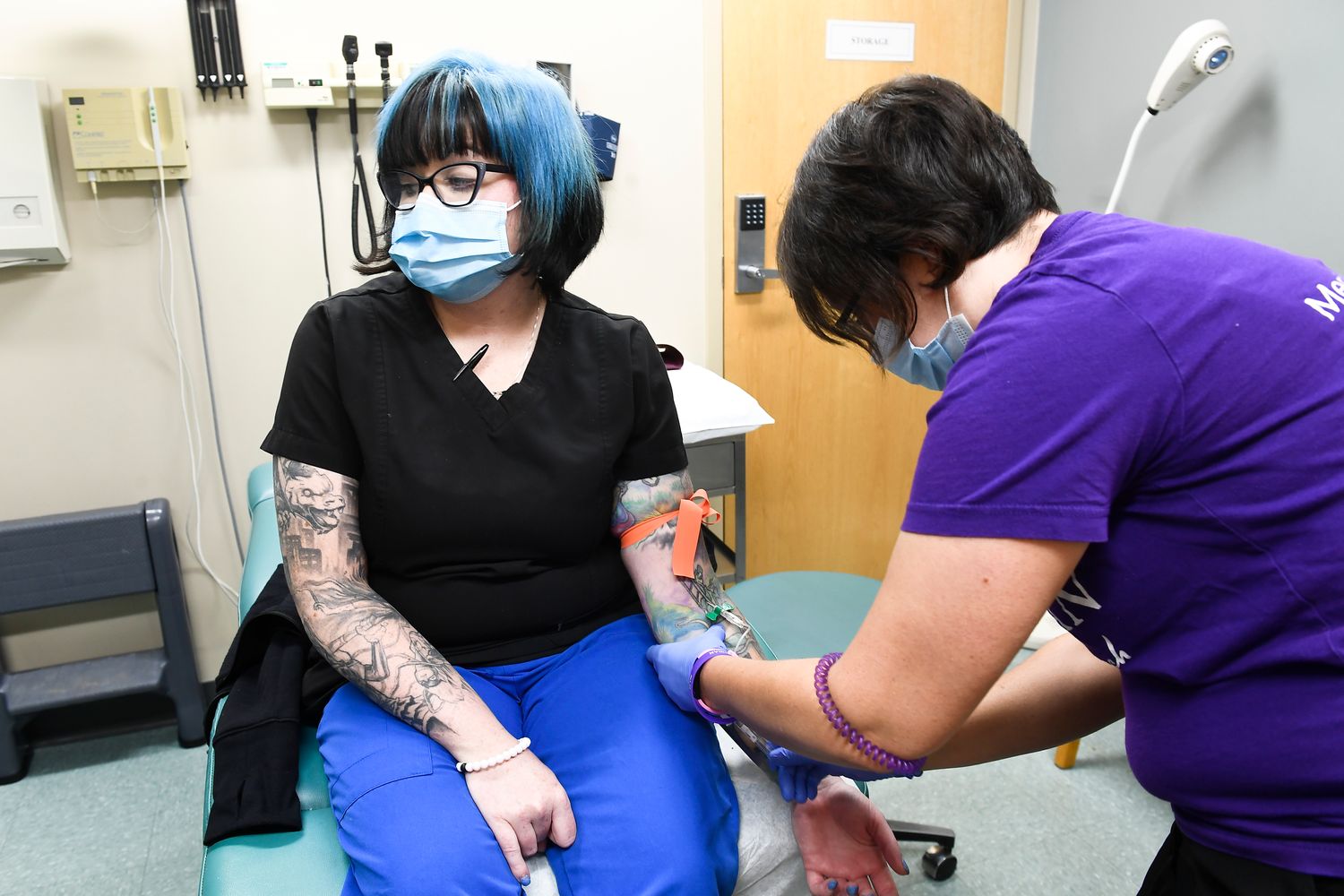 Experimental Covid-19 vaccine is put to its biggest test – POLITICO

A woman gets her blood taken before an injection to test the possible NIH and Moderna Covid-19 vaccine. | AP Photo/Hans Pennink

The biggest test yet of an experimental Covid-19 vaccine got underway Monday with the first of some 30,000 Americans rolling up their sleeves to receive shots created by the U.S. government as part of the all-out global race to stop the outbreak.

Final-stage testing of the vaccine, developed by the National Institutes of Health and Moderna Inc., began with volunteers at various U.S. sites given either a real shot or a dummy without being told which.

It will be months before results trickle in, and there is no guarantee the vaccine will work against the scourge that has killed about 650,000 people around the world, including almost 150,000 in the U.S.

As if to underline how high the stakes are, there were more setbacks in efforts to contain the virus.

In Washington, the White House disclosed that national security adviser Robert O’Brien has the coronavirus — the highest-ranking U.S. official to test positive so far.

The move to restart the national pastime ran into trouble just five days into the long-delayed season: Two major league baseball games scheduled for Monday night were called off as the Miami Marlins coped with an outbreak — the Marlins’ home opener against the Baltimore Orioles, and the New York Yankees’ game in Philadelphia, where the Marlins used the clubhouse over the weekend.

On virus relief, Republicans on Capitol Hill planned to roll out a $ 1 trillion package that could include a new round of $ ,1200 stimulus checks but reduce the extra $ 600 a week in federal unemployment benefits that are expiring for millions of Americans this week.

In Europe, rising infections in Spain and other countries caused alarm only weeks after nations reopened their borders in hopes of reviving tourism. Over the weekend, Britain imposed a 14-day quarantine on travelers arriving from Spain, Norway ordered a 10-day quarantine for people returning from the entire Iberian peninsula, and France urged its citizens not to visit Spain’s Catalonia region.

In Binghamton, New York, nurse Melissa Harting received one of the first injections of the Moderna vaccine candidate. saying she was volunteering “to do my part to help out.”

“I’m excited,” Harting said. Especially with family members in front-line jobs that could expose them to the virus, she said, “doing our part to eradicate it is very important to me.”

After two doses, scientists will closely track which participants — those getting real shots, or a dummy — experience more infections as they go about their daily routines, especially in hard-hit areas where the virus still is spreading. Testing is planned at close to 90 sites, officials said.

“Unfortunately for the United States of America, we have plenty of infections right now” to get that answer, the government’s top infectious-disease expert, Dr. Anthony Fauci, said recently.

Several other vaccines made by China and by Britain’s Oxford University began smaller final-stage tests in Brazil and other hard-hit countries earlier this month. But the U.S. requires its own tests of any vaccine that might be used in the country.

Every month through the fall, the government-funded Covid-19 Prevention Network will roll out a new study of a leading candidate, each with 30,000 volunteers, to test not only whether the shots work but whether they are safe.

The final U.S. study of the Oxford shot is set to begin in August, followed by a candidate from Johnson & Johnson in September and one from Novavax in October. Pfizer Inc. plans its own 30,000-person study this summer.

It normally takes years to create a vaccine from scratch, but scientists are setting speed records this time, spurred by knowledge that vaccination is the world’s best hope against the pandemic.

Governments around the world are already trying to stockpile millions of doses of the leading candidates so that immunizations can begin immediately if the vaccines win approval. But the first available doses will most likely be reserved for people at highest risk.

“We’re optimistic, cautiously optimistic” that the vaccine will work and that “toward the end of the year” there will be data to prove it, Dr. Stephen Hoge, president of Massachusetts-based Moderna, told a House subcommittee last week.

Bed bug bites occur at night which can make spotting an infestation extremely difficult. The small insects live in the cracks and crevices in...
Read more
Health

Coronavirus passed a sobering milestone yesterday - one million deaths worldwide. With the most optimistic estimates putting the end of 2021 as a plausible...
Read more
Health