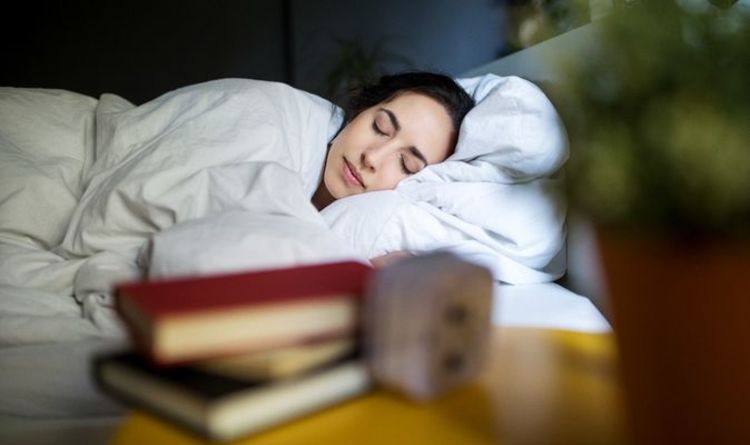 Colin A Espie, Professor of Sleep Medicine at Oxford University, said the cycles, known as circadian rhythms, are resulting in many experiencing hikes in their anxiety levels due to the current pandemic crisis. He added that other people may have unusual dreams.

“There’s lots of talk about staying well in the day by staying home and looking after yourself, but it’s also important to stay well during the night time.”

“Sleep is central to our lives and because it happens automatically we take it for granted.

“Now we are in one place [most of the day] it is easy for sleep and wakefulness to merge.”

He said this leads to a “dampening” of circadian rhythms, consequently causing fatigue during the day and groggy in the morning.

Natural light also plays an important part in the sleep cycle as eye receptors react most strongly to white light from the sun.

Professor Espie explained: “We use daylight as a thing that trains our 24-hour body clock.

“People are getting less daylight and not getting up as early. That loss of light and change of habit allows the body clock to drift and can lead to a sense of malaise.

“It’s important to maintain a routine and to get daylight.

“This means get up at your usual time, unless it was very early, getting dressed and so on.

Professor Espie explains: “When people were panic buying food it’s because the threat of having no food is alarming. You can compare that to if people then also think that they can’t sleep, they then worry that they are unable to.

“When you sleep fine you don’t think about it, it’s only when it goes wrong and then the more you try to sleep, the harder it can seem to achieve.”

Those who are still working and on the front lines of essential jobs are also experiencing a change in their sleeping patterns.

Steph Barker, 26, a cardiac physiologist in the NHS, told Sky News: “Once you get home you can’t face doing anything else because it’s so much effort to think about anything.”

She has also experienced unusual dreams.