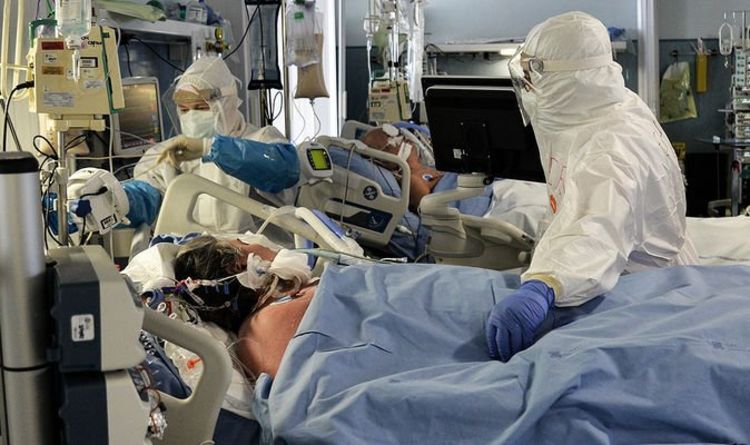 Dr Richard Levitan, an emergency medicine practitioner at Bellevue Hospital in New York City, said he spotted the phenomenon in Covid-19 sufferers with pneumonia. He observed patients whose lungs were filled with fluid or pus, but they did not have breathing difficulties until the day they got admitted to hospital.

The presented no signs of having contracted the disease until they were in the emergency room and, by then, “they were often already in critical condition”.

“And here is what really surprised us: These patients did not report any sensation of breathing problems, even though their chest X-rays showed diffuse pneumonia and their oxygen was below normal. How could this be?” Dr Levitan wrote in The Times.

The condition they were experiencing is called hypoxia, which can cause oxygen levels in the tissues to drop, resulting in organ damage and – in some cases – death.

Hypoxia is a form of oxygen deprivation caused by hypoxemia.

It happens when there are low oxygen levels in the blood.

In the case of hypoxia, body tissues are deprived of oxygen, which can cause infections and tissue damage.

According to a 2011 study from Massachusetts General Hospital approximately seven percent of patients experience a “hypoxemic event” and 3.5 percent had a “severely hypoxemic event” that lasted two minutes or longer.

Hypoxia can occur without showing pervious signs and, without oxygen, the heart, liver, brain and other organs can be damaged within just minutes.

Dr Levitan explained that it is often called “silent hypoxia” because it is often not seen until an advanced stage as there are no prior symptoms that suggest the diagnosis.

READ MORE: Britons may NOT have priority access to any UK made COVID-19 vaccine

The shortness of breath happens when the Covid pneumonia causes the air sacs in the lungs to collapse, so the oxygen levels plummet.

However, patients can still exhale carbon dioxide and, since it does not build up like with common pneumonia, patients do not experience shortness of breath.

Patients breathe deeper and faster due to their decreased oxygen levels, but they are not aware that they do it.