I know, even during the closing days of the campaign, the mainstream media would prefer you forgot he existed or ever owned a MacBook Pro.

The level of denial regarding the emails discovered on his laptop was strong enough I was halfway surprised The New York Times didn’t run a piece quoting anonymous sources close to Joe Biden’s younger son who swore he was always a Windows guy. 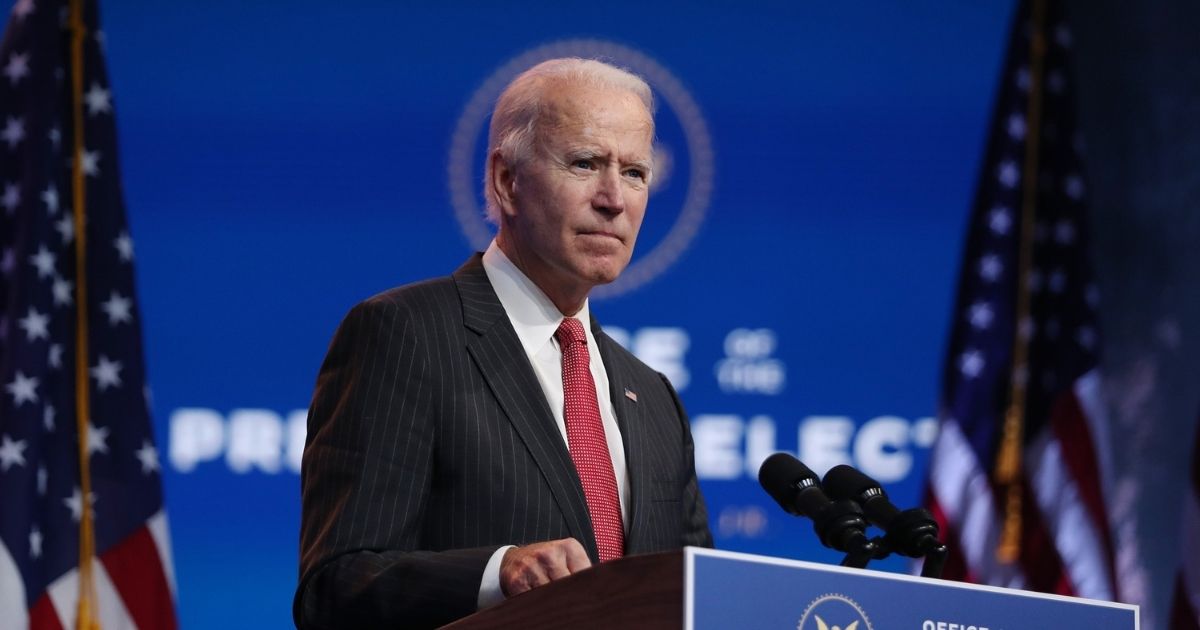 And as for Tony Bobulinski, the liberal media has insured his profile is as high as a member of the witness protection program.

Now, a joint supplemental report from the Senate Finance Committee and the Senate Committee on Homeland Security and Governmental Affairs buttresses claims made by Bobulinski that Hunter had concerning relationships with foreign forces, including a company linked to the Chinese Communist Party.

As the Washington Examiner’s Jerry Dunleavy reported last week, the five-page document is an addendum to a September report on the Bidens’ foreign links, one that was either hailed as illuminating (by conservatives) or derided as partisan electioneering on the part of the GOP-led Senate (by liberals and the mainstream media).

As you’ll remember, Bobulinski established a company called SinoHawk with both Hunter Biden and James Biden, Joe Biden’s brother and Hunter’s uncle. The company was to work with CEFC China Energy, a company with links to the communist party that has vanished into bankruptcy.

“After the report was issued, new sources went public with additional information about business relationships and financial arrangements among and between the Biden family and their business associates, including several foreign nationals,” stated the supplemental report released Tuesday by Senate Finance Committee Chairman Chuck Grassley and Senate Homeland Security Chairman Ron Johnson.

Of particular concern were links between a Hunter Biden business partner named Rob Walker, who was involved in three companies with Hunter Biden and who received money from Chinese sources.

“The new information is consistent with other records within the Committees’ possession which show millions of dollars being transferred from a Chinese entity linked to the communist party to Robinson Walker LLC,” the report stated.

Bobulinski produced emails and text messages that showed that he expected to get $10 million in startup capital from China. It never materialized, although there would be subsequent transactions from CEFC to accounts linked with James and Hunter Biden.

“According to records on file with the Committees, on February 23, 2017, and March 1, 2017, a Shanghai-based company called State Energy HK Limited sent two wires, each in the amount of $3,000,000, to a bank account for Robinson Walker LLC,” the supplemental report stated. “The records note that ‘[i]t is unclear what the true purpose is behind these transactions and who the ultimate beneficiary is.’

“As detailed in the Committees’ September 23, 2020 report, Hunter Biden’s business partner, Ye Jianming, had established ties to the Chinese Communist Party and Chinese military, the People’s Liberation Army. So, too, did Gongwen Dong, in light of his relationship with Ye.”

As Dunleavy noted, there was also what remained unspoken in the report.

In May of 2017, for instance, Hunter Biden texted Bobulinski regarding Hunter Biden’s desire to avoid having to register as a foreign agent or falling afoul of the Foreign Corrupt Practices Act with the China deal.

“No matter what it will need to be a U.S. company at some level in order for us to make bids on federal and state-funded projects. Also we don’t want to have to register as foreign agents under the FCPA [Foreign Corrupt Practices Act] which is much more expansive than people who should know choose not to know. James has very particular opinions about this so I would ask him about the foreign entity,” Biden wrote in a text to Bobulinski.

“Regardless, we should have a DE [Delaware] come (sic) called CEFC America and ownership should be 50 me 50 them. We then cut up our 50 in a separate entity between the 4 of us. Create that company call it BWBG or whatever it’s just a pass through.”

There’s also Bobulinski’s allegation that he met with Joe Biden twice regarding the SinoHawk deal — and that during one meeting, Biden’s brother, James, said “plausible deniability” would keep the former vice president’s involvement from tainting his 2020 presidential bid.

There’s the strange $3.5 million wire transfer from the wife of the former mayor of Moscow, Elena Baturina, to Hunter Biden.

There’s the email on Hunter Biden’s hard drive from an executive with Burisma — the Ukrainian energy firm that put Hunter on its board and paid him $50,000 a month despite the fact he had limited experience in Eastern Europe — thanking him for an introduction to Joe Biden.

That raised questions about what the father knew about the son’s overseas dealings. Joe Biden has maintained he was in the dark about his son’s Ukrainian adventures as he was the Obama administration’s point-man in the country.

We’re all supposed to have forgotten about Hunter Biden. This was all just a conspiracy theory, a fever-dream concocted by the Russians at the last minute to throw the election again. It was a disinformation campaign, there was nothing to it.

Except that’s all a lie. This wasn’t an election-year stunt. The foreign entanglements of Hunter and James Biden represent a serious issue for any potential Biden administration — one that needs to be looked into thoroughly.