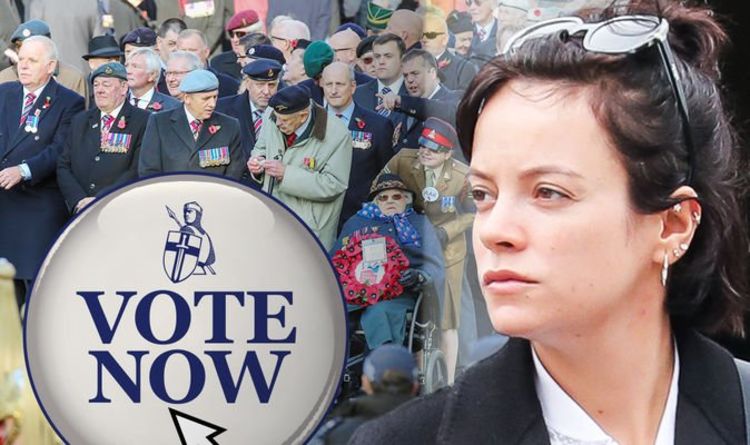 The outspoken 34-year-old took to Instagram to express her opinions of the famous anthem with her 1.3million follows. She appeared angry by the lyrics to Rule Britannia, and said in a story on the social media platform: “I think we should not read this song anymore.” The mother-of-two then uploaded a separate post with the lyrics attached that read: “Sorry what? Britannia rule the waves… Britons never, never, never shall be slaves.

“The nations, not so blest as thee, must in their turn, to tyrants fall, while thous shalt flourish, shalt flourish great and free. The dread and envy of them all.”

One person posted in the comments section in reply to her post on Instagram: “What do you propose we sing instead? Smile?!?!!”

Ms Allen replied to the user: “Could be good.”

The singer later hit back at the widespread criticism she has received over her comments.

In a separate Instagram story, she wrote: “It’s pretty pathetic.

“Anyway, I don’t really give a s***. That song is jank and should go in the bin. Besides men and women died for our right to express our opinions soooo…”

The British patriotic song originated from the open Rule, Britannia! by James Thomson and set to music by Thomas Arne in 1740.

Mr Morgan raged: “It is one of the greatest patriotic songs we’ve every had.”

Referring to the grand brass elements of the famous anthem, he added: “It stirs the soul.”

Joanna Jarjue suggested it was “insensitive” for those who died during battles.

But Mr Morgan again hit back, and said Ms Allen’s songs could themselves be regarded as offensive.