Ezekiel Elliott rants on Twitter about getting 'respect' in elite... 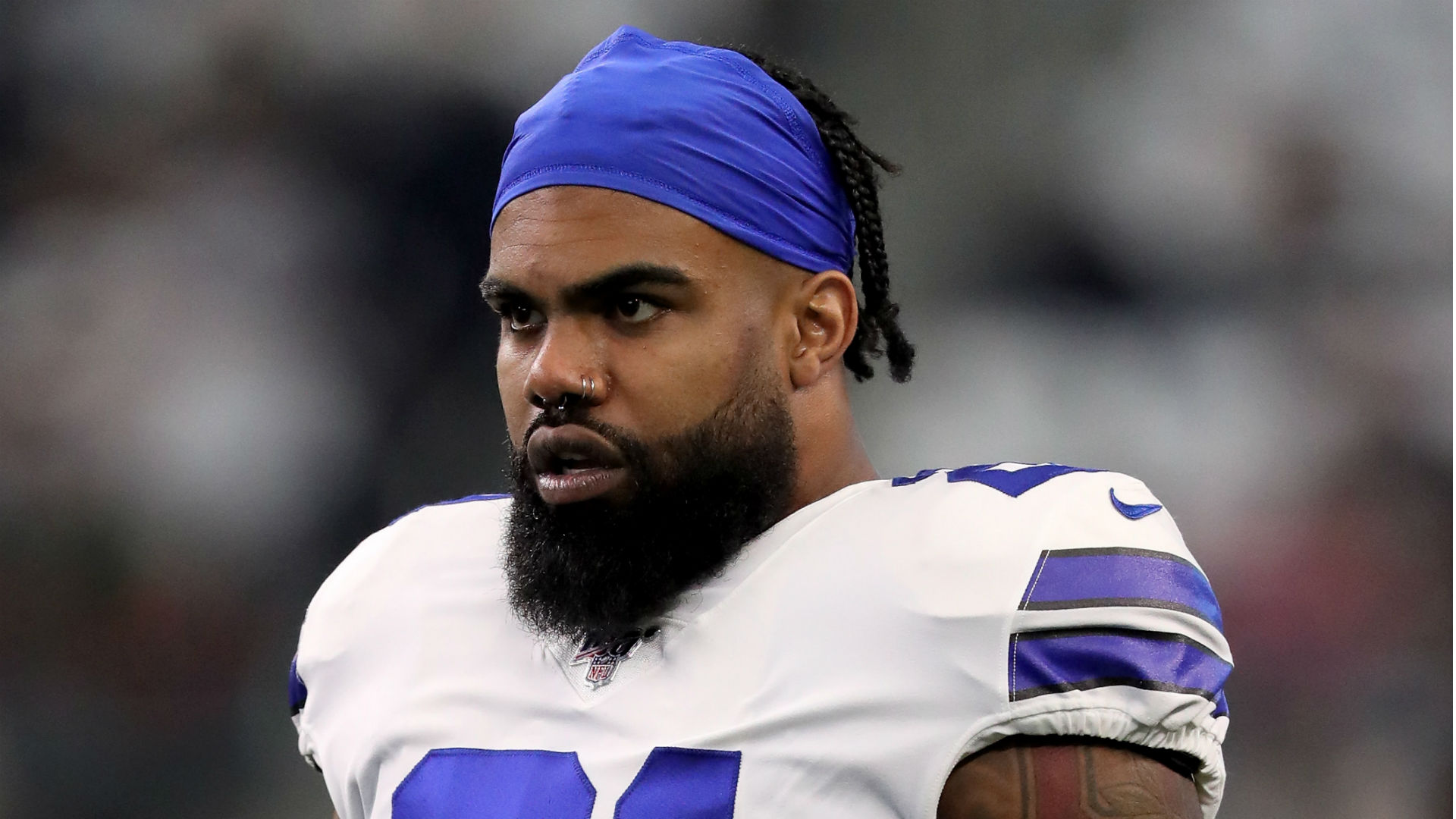 Dallas Cowboys running back Ezekiel Elliott hit back at his critics in a series of Twitter posts on Thursday, calling for his naysayers to “put some RESPECT on my name”.

The 24-year-old’s standing in the NFL’s running back hierarchy has been a topic of discussion this week, with the Tennessee Titans agreeing to a long-term deal with Derrick Henry, and the Madden video game releasing their latest rankings.

Elliott is joint-third on that list – behind Carolina Panthers star Christian McCaffrey and Henry, and level with the Cleveland Browns’ Nick Chubb – after amassing 5,405 rushing yards in his four years in the NFL, over 1,000 more than any other back in that timeframe.

His detractors may counter that Elliott has benefited from playing behind perhaps the best offensive line in the league in that time, though he has clearly been riled by suggestions his impressive numbers should come with any caveat.

“There are a lot of great backs in this league but I don’t understand why the media has to talk down on my game just to uplift other backs,” he wrote on Twitter. “We all are talented football players and can ball.

“Check the stats. Since I entered this league I have dominated year in, year out. Put some RESPECT on my name.

Check the stats. Since I entered this league I have dominated year in, year out. Put some RESPECT on my name.

Elliott, a three-time Pro Bowler, had 1,777 yards from scrimmage last season – second behind only McCaffrey’s astonishing 2,392.

He produced those numbers having held out of training camp to try and get a new deal, a request the Cowboys granted they when they agreed terms of a six-year, $ 90 million contract less than a week before their regular season began.

“Almost 1800 scrimmage yards and 14 TDs with no training camp and now I’m not the same back,” Elliott added. “I do appreciate the standard you guys hold me to though lol. But I promise you no one holds me to a higher standard than myself.”