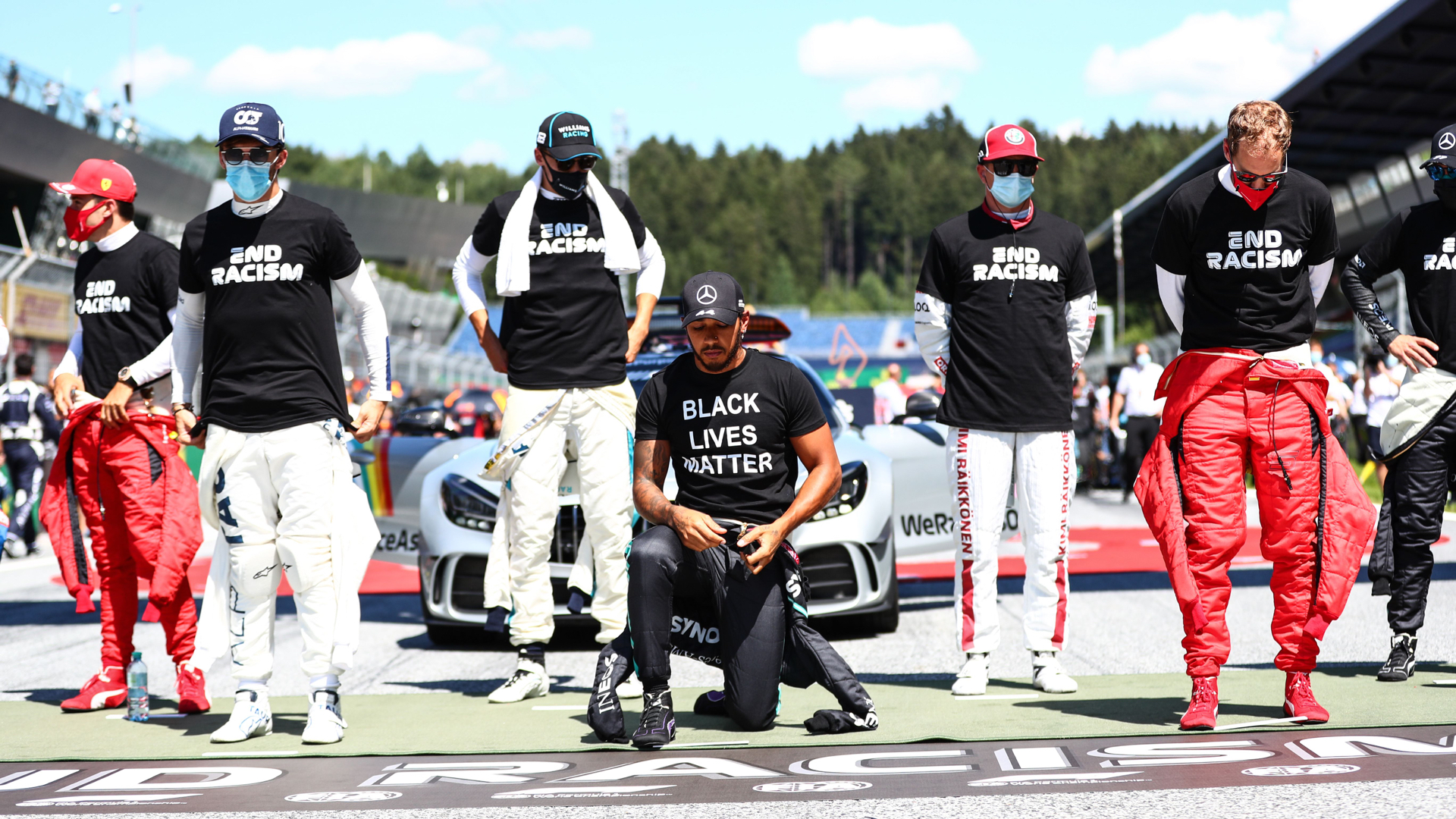 Six of the competition’s 20 drivers declined the gesture, which was meant to support the Black Lives Matter movement and promote racial equality.

Lewis Hamilton, the lone Black driver currently in the circuit, was one of the leaders in the push to kneel. Hamilton and fellow Mercedes driver Valtarri Bottas also raced in all-black vehicles.

Hamilton had previously said “silence is generally complicit” when it comes to fighting racism in general and encouraged drivers to speak out on their own platforms.

Several explanations were given by drivers who opted not to kneel, most involving discomfort in how the gesture would be received.

I believe that what matters are facts and behaviours in our daily life rather than formal gestures that could be seen as controversial in some countries. I will not take the knee but this does not mean at all that I am less committed than others in the fight against racism.

I am very committed to equality and the fight against racism. But I believe everyone has the right to express themself at a time and in a way that suits them. I will not take the knee today but respect and support the personal choices every driver makes #WeRaceAsOne #EndRacism

“I think there was some difficulty with some drivers and their nationality and what something like taking a knee would represent,” said Daniel Ricciardo. “The reasons why we will do is purely to support Black Lives Matter, it’s got nothing political or anything else, but there is a little bit of a fine line with some drivers and their nationalities and how it is perceived.”