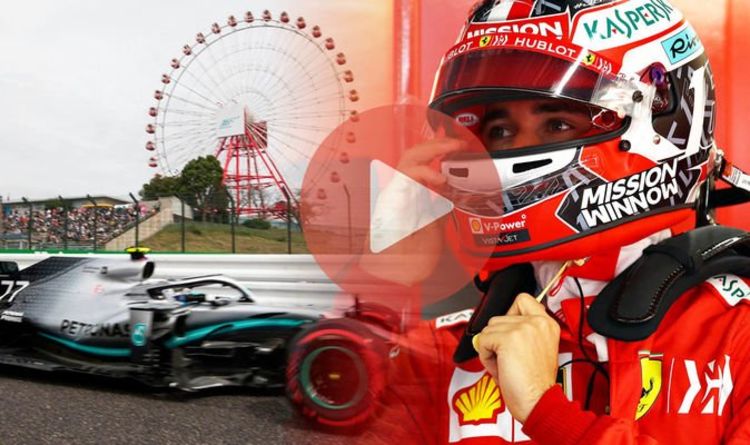 F1 returns this weekend with the best drivers in the world about to lock horns at the Japanese Grand Prix in Suzuka.

Due to Typhoon Hagibis, qualifying is due to take place on race day – barring any further complications.

This would break the five consecutive title doubles that Michael Schumacher and Ferrari had previously set.

While Lewis Hamilton won’t be able to wrap up the drivers title at Suzuka, Mercedes can ensure no driver from any other team can win the title.

And the Silver Arrows can also bag their latest constructors title.

Hamilton is 73 points ahead of his team-mate Valtteri Bottas and 107 points clear of third-placed Ferrari star Charles Leclerc.

So, if you want to watch all the action from the Japanese Grand Prix then here’s how to tune in online.

How to watch the F1 Japanese Grand Prix 2019

This means that all the action can be followed on your desktop or laptop via the Sky Go app.

It is available to download on iOS and Android smartphone and tablet devices.

Qualifying is also due to take place on race day due to the hazardous weather caused by Typhoon Hagibis.

Qualifying will be shown live from 1am on Sunday before starting at 2am.

Sky Go is also available on a number of platforms including Amazon Fire devices, iPad, Mac computers and laptops, PlayStation 3, PS4 and Xbox One.

The Sky Sports app, available to download on iOS and Android devices, will also be providing live text coverage and updates.

If you’re not currently a Sky Sports customer but can’t stand to miss out on the action, you can add the channels to your box via a NOW TV subscription.

Day passes, which let you add Sky Sports channels for 24 hours, start at £9.99 a day, with a weekly pass starting from £14.99, and no locking into a contract.

NOW TV doesn’t even require a typical television to use, as it is also available on a NOW TV Box, Chromecast, PS4, PS3, Xbox One, Xbox 360, Roku, LG Smart TV, PC or Mac, and selected mobile and tablet devices.

If you don’t have Sky then don’t panic, Channel 4 has full race highlights with their programme starting at 6pm this afternoon.

ByParker Hall You’ll want to check whether your amp has a phono preamp. That's what takes the signal from the turntable and makes it line...
Read more
Tech