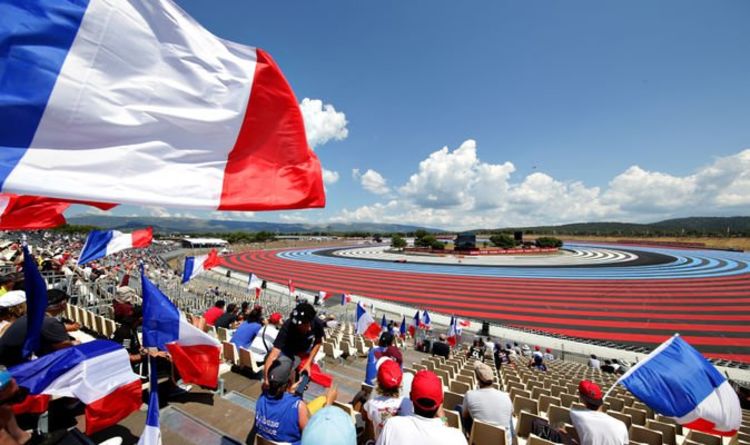 The French Grand Prix appears highly likely to become the 10th race of the Formula One season to be postponed due to the global coronavirus crisis. With nearly two million confirmed cases worldwide and more than 100,000 deaths, the virus has shut down multiple countries and therefore seen a raft of sporting cancellations.

The season-opening Australian Grand Prix was cancelled on the Friday morning of the race weekend after a team member of McLaren had tested positive for the virus.

Races in Bahrain, Vietnam, China, Holland, Spain, Monaco, Azerbaijan and Canada have all since been cancelled too.

And after French president Emmanuel Macron held a 30-minute televised national address on Monday evening, public events in the country will be restricted until mid-July.

That means the French Grand Prix, which only returned to the racing calendar in 2018 after a 10-year absence, will seemingly be scrapped given it was due to go ahead at the Circuit Paul Ricard on June 28.

BBC Sport say that after making contact, F1 will not yet officially confirm that the race will not be held.

France will remain in lockdown until May 11, the country having been in nation-wide quarantine since March 17.

Macron declared the nation can begin returning to normal life in May provided citizens have been “civic, responsible and respected the rules”.

It gives F1 a fresh headache as they look to restructure the 2020 season.

Speaking last week, the managing director of motorsport Ross Brawn told Sky Sports F1: “Travel for the teams and travel for everyone involved is going to be one of the big issues.

“You could argue once we get there we could become fairly self-contained.

“Our view is probably a European start will be favourable and that could even be a closed event. We could have a very enclosed environment, where teams come in on charters, we channel them into the circuit, we make sure everyone is tested, cleared and that there is no risk to anyone.

“We have a race with no spectators. That’s not great, but it’s better than no racing at all. We have to remember there are millions of people who follow the sport sat at home.

“A lot of them are isolating and to be able to keep the sport alive and put on a sport and entertain people would be a huge bonus in this crisis we have. But we can’t put anyone at risk.

“We’re looking at the organisational structure which would give us the earliest start. But also the ability to maintain that start.

“There’s no point having a start and then stopping again for a while. It’s most likely to be in Europe. It’s conceivable that it could be a closed event.”

“Eight races is the minimum we can have a world championship, [according to] the FIA Statutes. We could achieve eight races by starting in October. So if you wanted a drop dead point it would be October.

“But then there is always the possibility we could run into next year. That’s being explored.