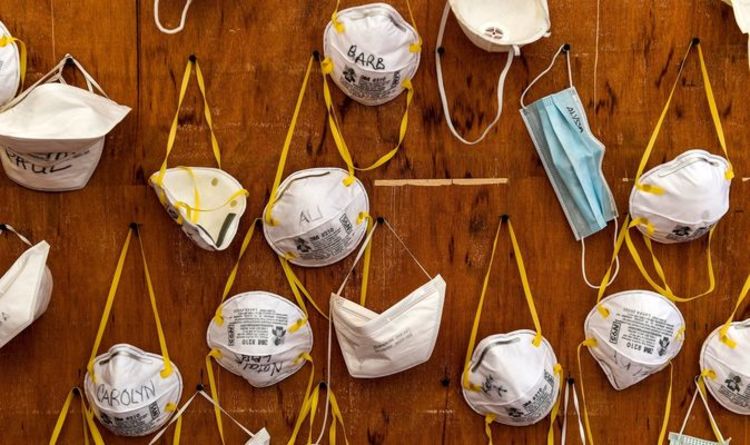 One infamous video of an angry woman speaking to officials in Orange County, California, saw her claim masks would make her breathe in the byproduct.

The breathing cycle sees people pull oxygen out of the air and into their lungs, while they expel carbon dioxide.

In significant concentrations, carbon dioxide can cause health problems, such as sweating, dizziness and even asphyxia.