Facebook boss Mark Zuckerberg warns Brits could be hit with... 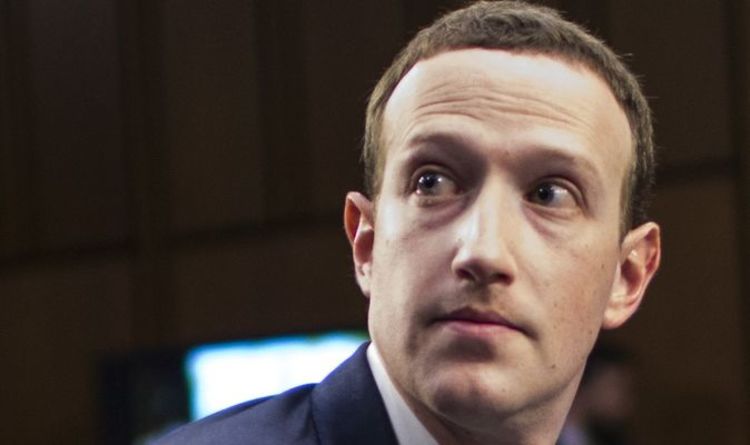 The social network chief is concerned about which type of internet laws will come out on top in years to come, suggesting he wants “more democratic” Western countries to lead the way. Speaking in a live discussion with EU commissioner Thierry Breton, Mr Zuckerberg expressed concern about approaches taken by China.

He labelled models like the ones used in China as “really dangerous”, with censorship being the norm in many cases.

The Facebook boss fears it could become attractive to nations to regulate the internet in this way should China take the lead on internet regulation laws.

“What I worry about is right now, I think, that there are emerging two very different frameworks that are underpinned by very different sets of values,” he said.

“Just to kind of be blunt about it, I think that there is a model that is coming out of countries like China that tend to have very different values than Western countries that are more democratic.

“I think right now a lot of other countries are looking at China and their economy and the companies that are coming out of there, and saying, ‘Hey that model looks like maybe it might work, maybe it gives our government more control over different things’.

“So it might be attractive in different ways to force everyone to localise data and make it so that, basically you don’t have to respect human rights quite as much, in how the society gets run and I just think that that’s really dangerous and I worry about that kind of model.”

Mr Zuckerberg said he believes a clear framework from the West could be the “best antidote” in preventing a Chinese-like approach from becoming prevalent elsewhere.

The Facebook chief has criticised the country’s state censorship mechanisms before.

JUST IN: New super vaccine could train the body to fight COVID-19

Mr Trump claimed the virus should’ve stopped in China before it became a global pandemic.

“And it should have never happened. Could’ve been stopped at the source.

There has been increasing amounts of accusations China not only mishandled the virus but has put forward a campaign of alleged misinformation.

A US official has called for the country to pay a higher contribution to the World Health Organisation.

National Security Council spokesman John Ullyot said Beijing must now pay more than the $ 2billion (£1.6billion) it committed to the WHO.