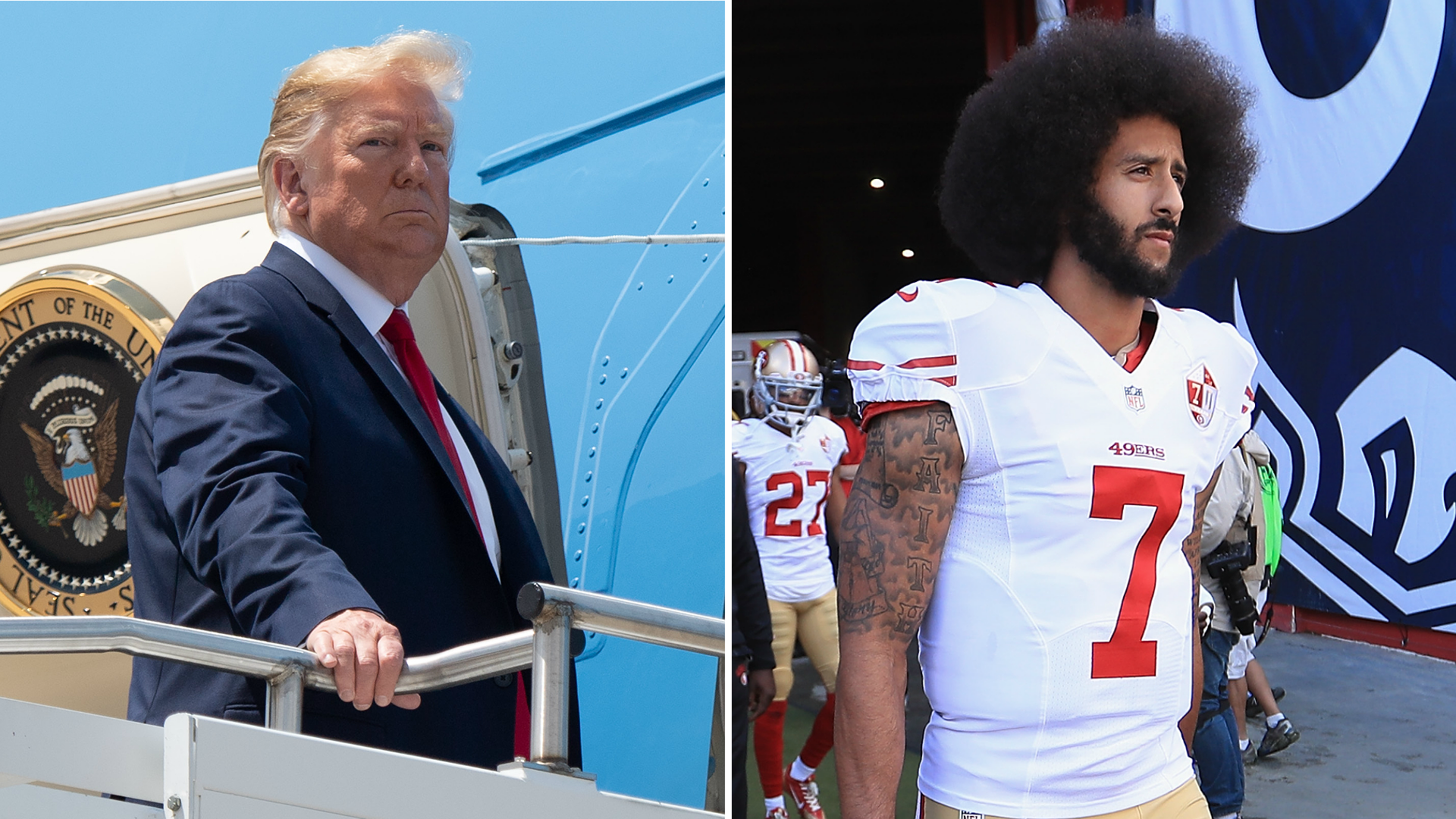 Donald Trump’s recollection of Colin Kaepernick’s football career should not matter considering the 74-year-old clearly and understandably does not closely follow sports.

But in the context of an NFL career that was halted prematurely in an intersection of sports and politics, words from the president of the United States carry significant weight. This is especially the case when so many use perceptions of Kaepernick’s six seasons in the league as ammunition when arguing whether he should or should not be on an NFL roster in 2020, almost four years after he began sitting and then kneeling during the national anthem at games in protest of racial injustice and police brutality.

There has been a crescendo of voices calling for Kaepernick’s return to the NFL amid a global movement against racial injustice in recent weeks. Which is why Trump on Wednesday was asked whether he thinks Kaepernick should get another shot in the NFL.

MORE: The six best fits for Colin Kaepernick in 2020

“If he deserves it, he should,” the president responded. “If he has the playing ability. He started off great, and then he didn’t end up very great as a player. He was terrific in his rookie year. I think he was very good in his second year, and then something happened. So his playing wasn’t up to snuff.”

Let’s address these comments one at a time:

“He was terrific in his rookie year.” This is not true. Kaepernick, who was selected by the 49ers out of Nevada in the second round of the 2011 NFL Draft, played in just three games as a rookie while backing up Alex Smith. He completed three of five pass attempts for 35 yards on the season.

“He was very good in his second year.” This is absolutely true, and perhaps an understatement. Though Kaepernick spent the first half of the season playing sparingly as a backup, he took over for Smith in Week 10 when the latter suffered a concussion, and he never looked back. He started the last seven games of the season and led San Francisco to its second straight playoff berth after an eight-year drought.

In the playoffs, Kaepernick was something special. He terrorized the visiting Packers in the divisional round to the tune of 263 passing yards, 2 passing TDs, 181 rushing yards and 2 rushing TDs in a 45-31 win. He followed that up with a 233-yard passing performance (79.2 completion percentage) in a road win over the Falcons in the NFC title game. The 49ers fell just a few yards shy of beating the Ravens in the Super Bowl, a game in which Kaepernick threw for 302 yards and rushed for another 62 with a pair of touchdowns.

“And then something happened. His playing wasn’t up to snuff.” This is notably vague, and it’s where the memories get hazy (ignorantly or otherwise) for most. Kaepernick had a great 2013 season, which began with the first 400-yard passing game for a 49ers QB in almost a decade. He was equally strong in the playoffs as San Francisco toppled Green Bay and Carolina in the first two rounds. The 49ers lost to the Seahawks and fell short of a second straight Super Bowl appearance thanks to the now-famous Richard Sherman play against Michael Crabtree.

That offseason, Kaepernick was rewarded with a six-year contract extension worth up to $ 126 million. He had another strong year statistically, but the 49ers slipped to 8-8 in 2014, and coach Jim Harbaugh after the season left for the job at Michigan. That’s when things started to unravel around Kaepernick.

The 49ers hired Jim Tomsula to replace Harbaugh, and the experiment was a disaster. Kaepernick’s play crumbled along with that of the entire team. He was benched midway through the season and eventually placed on injured reserve with a shoulder injury. Tomsula was fired after just one season and replaced (surprisingly) by Chip Kelly, who we thought might give Kaepernick’s career a new hope.

Instead, with Kaepernick coming off of three offseason surgeries (shoulder, knee, thumb), Blaine Gabbert was named the 49ers’ starter to begin the 2016 season. Kaepernick eventually took back the job in Week 6 and for the most part played well, but the 49ers won just two games, leading to another coaching change. Amid such organizational dysfunction, Kaepernick restructured his contract so he could opt out after the 2016 season, which he did.

In Kaepernick’s last season in the NFL, he played in 12 games, threw 16 touchdowns to just 4 interceptions with a 59.2 completion percentage and managed a passer rating of 90.7. (He added 468 yards and a pair of scores on the ground.) For reference, Tom Brady’s passer rating last season was 88.0.

So yes, his play was still plenty “up to snuff.”

BySporting News There wasn't much excitement for football fans on Thanksgiving this year.After the Texans won comfortably over the Lions in the first game, the...
Read more