Falklands shock: How Argentina plotted attack on Gibraltar during war with UK 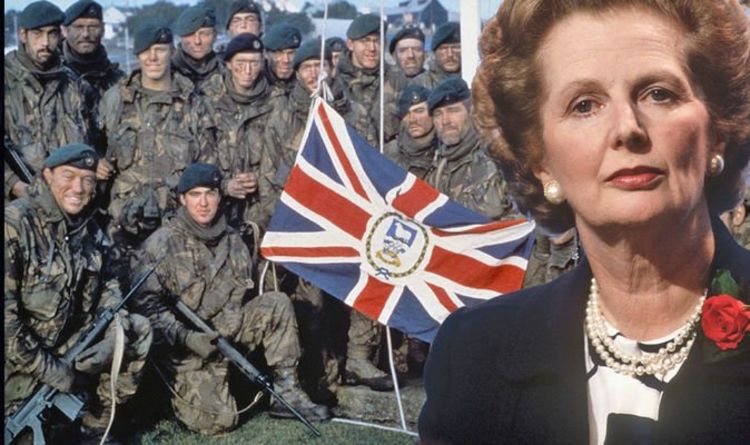 Argentina invaded the Falklands – known by Argentine patriots as the Malvinas – in April 1982, sparking fury in Britain. Celebrations in Buenos Aires would be brief, though, as Prime Minister Margaret Thatcher launched “Operation Corporate”, sending naval forces to the Islands in a bid to reclaims the archipelago. Writing for the National Interest, Ed Nash highlights that Argentine military leaders were alarmed by the substantial nature of Britain’s forces, and therefore hatched a plan to try and distract the Royal Navy.

Argentine commander Admiral Jorge Anaya came up with an ambitious, and potentially destructive plan – to strike one of Britain’s own ports.

They decided that Gibraltar would be the perfect target and proposed an explosive attack on a warship in the British territory.

After that, Argentina would be able to force British military resources to the rock, and therefore throw the whole reclamation effort into doubt.

The Argentine forces enlisted the help of the previous leader of an anti-government terrorist organisation called Montoneros, a left-wing populist group.

Maximo Noletti had already been coerced into helping the Argentine military on previous missions, and would be crucial to their planned attack on British soil due his diving skills.

Mr Nash explains in his article that given Noletti’s previous links, should the mission fail the Argentine government could simply claim they were independently acting patriots rather than government backed agents.

Having arrived in Spain on April 24, 1982, the team received limpet mines via diplomatic deliveries sent by the government in Buenos Aires, and bought fishing equipment to provide a cover story should they be questioned.

However, a recent bank robbery by a gang comprised of Uruguyans and Argentine criminals had provoked high alert procedures from police in the region.

Mr Nash highlights that the real cause of the security breakthrough is disputed, with some sources claiming that British Intelligence had already been monitoring the vehicle that the group had used.

The police stopped the group’s vehicle and they were arrested as the attack was on the cusp of success.

In his article, Mr Nash also indicates that the HMS Sheffield had only sunk a week prior to the botched attack.

Another ship falling victim to Argentine forces could have had a devastating effect on morale and British confidence.

Bystaronline@reachplc.com (Tom Towers) A woman paralysed from the neck down after drink driving has opened up on the horrifying accident. Melissa Ann, then 18, from Tallahassee...
Read more
World

ByPresidential debate: Melania Trump was called 'cold' and 'awkward' after the debate (Image: BBC)The President and Joe Biden faced off in the final presidential...
Read more

ByCarriers were quick to relaunch routes and sales following the news. These are the latest updates from TUI, easyJet, British Airways, Jet2 and Ryanair. TUI TUI...
Read more